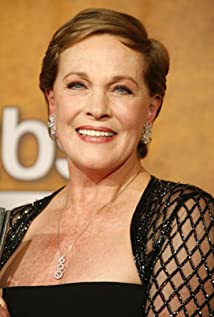 Julia Elizabeth Wells was born on October 1, 1935, in England. Her mother, Barbara Ward (Morris), and stepfather, both vaudeville performers, discovered her freakish but undeniably lovely four-octave singing voice and immediately got her a singing career. She performed in music halls throughout her childhood and teens, and at age 20, she launched her stage career in a London Palladium production of "Cinderella".Andrew came to Broadway in 1954 with "The Boy Friend", and became a bona fide star two years later in 1956, in the role of Eliza Doolittle in the unprecedented hit "My Fair Lady". Her star status continued in 1957, when she starred in the TV-production of Cinderella (1957) and through 1960, when she played "Guenevere" in "Camelot".In 1963, Walt Disney asked Andrews if she would like to star in his upcoming production, a lavish musical fantasy that combined live-action and animation. She agreed on the condition if she didn't get the role of Doolittle in the pending film production of My Fair Lady (1964). After Audrey Hepburn was cast in My Fair Lady, Andrews made an auspicious film debut in Walt Disney's Mary Poppins (1964), which earned her an Academy Award for Best Actress.Andrews continued to work on Broadway, until the release of The Sound of Music (1965), the highest-grossing movie of its day and one of the highest-grossing of all time. She soon found that audiences identified her only with singing, sugary-sweet nannies and governesses, and were reluctant to accept her in dramatic roles in The Americanization of Emily (1964) and Alfred Hitchcock's thriller Torn Curtain (1966). In addition, the box-office showings of the musicals Julie subsequently made increasingly reflected the negative effects of the musical-film boom that she helped to create. Thoroughly Modern Millie (1967) was for a time the most successful film Universal had released, but it still couldn't compete with Mary Poppins or The Sound of Music for worldwide acclaim and recognition. Star! (1968) and Darling Lili (1970) also bombed at the box office.Fortunately, Andrews did not let this keep her down. She worked in nightclubs and hosted a TV variety series in the 1970s. In 1979, Andrews returned to the big screen, appearing in films directed by her husband Blake Edwards, with roles that were entirely different from anything she had been seen in before. Andrews starred in 10 (1979), S.O.B. (1981) and Victor Victoria (1982), which earned her an Oscar nomination for Best Actress in a Leading Role.She continued acting throughout the 1980s and 1990s in movies and TV, hosting several specials and starring in a short-lived sitcom. In 2001, she starred in The Princess Diaries (2001), alongside then-newcomer Anne Hathaway. The family film was one of the most successful G-Rated films of that year, and Andrews reprised her role as Queen Clarisse Renaldi in The Princess Diaries 2: Royal Engagement (2004). In recent years, Andrews appeared in Tooth Fairy (2010), as well as a number of voice roles in Shrek 2 (2004), Shrek the Third (2007), Enchanted (2007), Shrek Forever After (2010), and Despicable Me (2010).