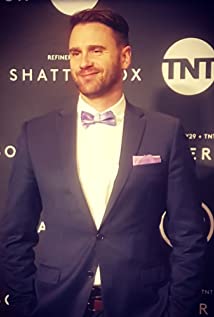 Julian Bailey is a Canadian-British actor, who first became well known to television fans for his portrayal of 'P.O. Ronald Zuger', in the popular American television series, 'NCIS' (episode 1.04, 'The Immortals'). Bailey shared the screen with Yvonne Strahovski in the 2018 feature film, 'He's Out There', faces off with Jesse Eisenberg in 'The Hummingbird Project' (2019), and was lost in space before with being saved by the X-Men in 'Dark Phoenix' (2019). In 2011, Bailey starred opposite Jeffrey Tambor and Jesse Plemons in the feature film comedy, 'Meeting Spencer', and went on to work with Cannes Film Festival Palme D'Or nominee, Radu Mihaileanu, in the 2015 feature film, 'The History Of Love', which was based on the best selling novel of the same title. After graduating from The American Academy of Dramatic Arts (West Coast), Bailey moved to Chicago where he became a stage actor, but then got his SAG card when he was Taft-Hartley'd by booking a European beer commercial followed by an independent film (starring with Chicago soul music legend, Lou Rawls, and future television star, Aimee Garcia). After barely missing out on being cast in a Steppenwolf Theatre production of 'One Flew Over The Cuckoo's Nest', Bailey moved back to Los Angeles, where he auditioned for two years without a single booking, at times living out of his car in the Hollywood Hills. After taking a stand up comedy workshop in Santa Monica with legendary comedy coach, Greg Dean, Bailey was discovered by an agent at 'The Comedy Store' in West Hollywood, his first night on stage In some of his earliest work, Bailey voiced the animated character, 'Pepito', originating the role for television in the beloved children's classic, 'Madeline' (narrated by Christopher Plummer). Also as a teenager, Julian lent is voice to the title role in the english version of the Japanese anime series, 'The Adventures Of Mowgli'. In 2015, Bailey was cast as the voice of 'Rainbow Six: Siege', in the role of 'HQ'. The game has since become an international mega hit and hugely popular in worldwide e-sport competition. Bailey continued to leave his mark on the gaming world when in 2017 he was cast to play the cocky and emotionally fragile, Deputy Staci Pratt, in another Ubisoft hit, 'Far Cry 5'. The actor holds dual Canadian and British citizenship (through his British mother), and is the maternal nephew of renowned English organist and composer, Philip Moore. Bailey is also an original member of The Piven Theatre Workshop Subscription Company, in Evanston, Illinois, where he was trained and mentored by Byrne and Joyce Piven (parents of actor, Jeremy Piven).

A Bride for Christmas