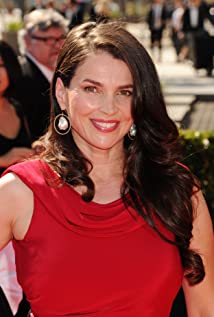 The dark and classically beautiful British actress and social activist Julia (Karin) Ormond was born on January 4, 1965, in Surrey, into England, the second of five children. Born of privilege as the daughter of a well-to-do laboratory technician, her parents divorced when she was young. Julia attended Guildford High School and Cranleigh, a private school, where she showed interest in theatre at that time appearing in a couple of their musicals.Julia's grandparents were artists, and she initially intended to be one herself but, after one year of art school, renewed her dedication to acting and transferred to Webber-Douglas Academy of Dramatic Art, where she graduated in 1988.Appearing in the play "Wuthering Heights" as Catherine, she met and eventually married her Heathcliff (actor Rory Edwards) in real life. In 1989 she won the London Drama Critic's Award for her performance in "Faith, Hope and Charity" as "best newcomer." Julia also made an immediate impression on TV with her debuting role as a young drug addict in the series Traffik (1989)She earned star-making attention in the TV-movie Young Catherine (1991), in which she portrayed Catherine the Great (also featuring husband Edwards). She then portrayed wife Nadya in the TV movie Stalin (1992) starring Robert Duvall in the title role. She made the jump into feature films scoring a top-billed debut opposite Ralph Fiennes in The Baby of Mâcon (1993), a drama about a woman giving an "immaculate birth." She followed this this with lead or second lead roles in such films as the European biopic Nostradamus (1994); the romantic drama Captives (1994) co-starring Tim Roth; and the period war drama Legends of the Fall (1994) as the object of affection for both Brad Pitt and Aidan Quinn. It was around the time of this career rise (1994) that her marriage ended.With Hollywood now taking a firm notice, Julia was given the fetching role of Queen Guinevere alongside Sean Connery's King Arthur and Richard Gere's Lancelot in First Knight (1995) and, more importantly, was entrusted with Audrey Hepburn's title role in the revival of Sabrina (1995), her radiant presence nearly stealing the picture away from handsome co-stars Harrison Ford and Greg Kinnear.Strangely, Julia's major rise led her in a different direction. From there she instead went on to grace a number of independents and foreign features. She played the title role in the Danish/German/Swedish co-production Smilla's Sense of Snow (1997) as a woman who gets involved with a strange murder mystery; the Russian period drama The Barber of Siberia (1998) as a lovely American who gets dangerously involved with a young Russian cadet; and involved herself in another messy affair with Vince Vaughn in the indie drama The Prime Gig (2000). On stage, she appeared in David Hare's "My Zinc Bed," for which she received a 2001 Olivier Award nomination for "Best Actress."Into the millennium, Julia found herself busy film-wise with the political drama Resistance (2003), cult filmmaker David Lynch's thoroughly offbeat Inland Empire (2006), I Know Who Killed Me (2007), The Curious Case of Benjamin Button (2008), The Music Never Stopped (2011), Albatross (2011), My Week with Marilyn (2011) (as Vivien Leigh), Chained (2012), Ladies in Black (2018) and Son of the South (2020). On TV she appeared in the mini-series Beach Girls (2005), and had recurring roles on CSI: NY (2004), Nurse Jackie (2009), Law & Order: Criminal Intent (2001), Mad Men (2007), Gold Digger (2019), plus a series starring role as one of Witches of East End (2013). She also co-starred in the short-lived series Incorporated (2016).In 1999, she married a second time to political activist Jon Rubin. They had one daughter, Sophie, before their divorce. On a political front, Julia has been involved fighting human trafficking since the mid-1990s. In 2005, she was appointed United Nations Goodwill Ambassador with a focus on anti-human-trafficking initiatives and awareness.

Witches of East End Season 1: Falling Under Their Spell