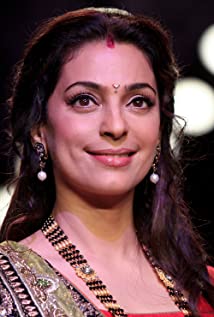 Juhi was born in the Chawla family on November 13, 1967 in Ludhiana, Punjab, India, and is the daughter of Punjabi-speaking dad, Dr. S. Chawla and Gujarati-speaking mom, Mona. She has a brother named Sanjeev. Her mother passed away in an accident during the year 1998 while Juhi was filming 'Duplicate'. After completing her school in Ludhiana, the Chawla family moved to Bombay, Maharashtra, India, where Juhi attended at Sydenham College. After graduating, she entered in the Miss India competition and was crowned 'Miss India 1984', taking over from Miss India 1983, Rekha Hande.Her first appearance on the tinsel screen was as Zarina in the 1986 release 'Sultanat'. She shot to fame after the release of 'Qayamat Se Qayamat Tak' opposite Aamir Khan. As of August 2007, she has been bestowed with three awards for her performance in 'Hum Hain Rahi Pyar Ke', 'Duplicate', and '3 Deewarein'.Juhi got married to multi-millionaire industrialist, Jai Mehta during the year 1998. Since then the couple have a daughter, Jhanvi, and son, Arjun.Juhi continues to act in movies, and also makes appearances in many off-beat movies, rather than the mainstream cinema with which she started her career. She also appears in a number of TV ad commercials.