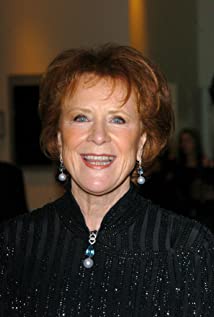 Of regal bearing and imposing stance, flame-haired British classical actress Judy Parfitt is the possessor of the chilliest blue orbs in all of London and has used them to her advantage over the years with her clever portrayals of haughty, bossy, imperious, deliciously malevolent patricians. Born Judy Catherine Claire Parfitt on November 7, 1935, in South Yorkshire, England, she was educated at Notre Dame High School for Girls before enrolling for acting training at the Royal Academy of Dramatic Arts (RADA)She made her stage debut with "Fools Rush In" in 1954, and continued to impress with such pieces as "Things Remembered" (1955) and "A Likely Talk" (London debut, 1956). She moved to TV and in the early 1960's was spotted in a number of TV guest appearances on such BBC programs as "The Plane Makers," "The Odd Man," "Queen and the Rebels," "Dr. Finlay's Casebook," "Public Eye," "Front Page Story," "Undermind," "Londoners," "Z Cars," "The Saint," "Emergency-Ward 10," "The Avengers" and played the embittered Rosa Dartle in the David Copperfield (1966) TV series. Judy also was a regular on the crime series A Man Called Harry Brent (1965) and portrayed Madame Thenardier in the mini-series Les Misérables (1967).She drew acclaim on the stage with such roles as "The Daughter-In-Law" at the Royal Court, "The Widowing of Mrs. Holroyd (title role) (1967), "The Hotel in Amsterdam" (1968), and her portrayal of Gertrude in "Hamlet" in 1969. A year later she recreated the Shakespearean role in the lauded film version of Hamlet (1969) directed by Nick Richardson starring Nicol Williamson in the title role, Anthony Hopkins as Claudius and pop singer Marianne Faithfull as Ophelia. Judy continued to impress on the stage with "The Double Dealer" (1969), the title role in "The Duchess of Malfi" (1971), "Vivat! Vivat Regina! (as Mary, Queen of Scots) (1971), "The Apple Cart" (1973), "Echoes from a Concrete Canyon" (1975), "The Family Dance" (1976) and "The Cherry Orchard" (1978).In later years the veteran actress appeared on stage in a production of "An Inspector Calls" (1993) and made her Broadway debut co-starring with Matthew Broderick in the revival of "Night Must Fall" (1999). Sporadic film credits would include featured roles in The Mind of Mr. Soames (1970) starring Terence Stamp as a man who awakens from a 30-year coma; the biopic Galileo (1975) starring Topol; a doctor in a biopic about steeple chase jockey and cancer patient Bob Champion entitled Champions (1984); the social comedy The Chain (1984) the gay romantic drama Maurice (1987); the romantic comedy Getting It Right (1989); the psychological thriller Dark Obsession (1989); as Queen Katherine in the John Goodman comedy vehicle King Ralph (1991); and the war drama Silent Cries (1993).Outside of Gertrude in "Hamlet," Judy earned her finest role on film with the gloomy-styled thriller Dolores Claiborne (1995), nearly stealing the thunder from stars Kathy Bates and Jennifer Jason Leigh as Bates' wealthy, dictatorial employer. Her clever and utterly gripping performance was surprisingly overlooked come Oscar time. Elsewhere, she was lauded for her sterling work in several TV mini-series, including her Madame Defarge in A Tale of Two Cities (1980); her Lady Catherine in Pride and Prejudice (1980); her Mildred Layton The Jewel in the Crown (1984), for which she earned a BAFTA nomination; her Hilda Spearpoint in The Gravy Train (1990); her Martha in Eye of the Storm (1993) her Mercy Woolf in Funland (2005); her Mrs. Clennam in Little Dorrit (2008); her Hester Waterhouse in The Game (2014). In America she was a recurring presence for a time on the medical series ER (1994). Other popular films she has graced are Wilde (1997), Ever After: A Cinderella Story (1998) (as Queen Marie), and Girl with a Pearl Earring (2003), for which she earned a BAFTA nomination,Judy was long married to actor Tony Steedman, who made a guest appearance as Santa Claus on her short-lived 80's sitcom The Charmings (1987) in which she played the Queen. He died in February of 2001. Since then she has ventured on, an always fascinating character presence especially in elegant and period settings. She has recently been seen in a regular role as Sister Monica Joan in the historical TV series drama Call the Midwife (2012).

The Bleak Old Shop of Stuff