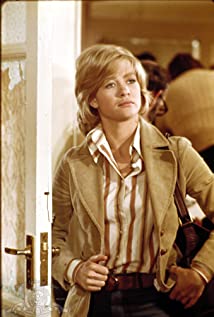 Born in Arundel, Sussex, in 1948, Judy's father moved the family to London when she was 10 years old and enrolled her and sister Sally Geeson into the Corona Academy, Chiswick. Judy initially wanted to be a ballet dancer but had to change course when she suffered from terrible headaches as a result of some of the moves. Acting had always been a great interest, however, and she chose to pursue this, making her first TV appearance in Dixon of Dock Green (1955) aged 12. Her first major film role was as wayward teenager Pamela Dare opposite Sidney Poitier in To Sir, with Love (1967) at the age of 18.After a very successful film run during the 1960s and 1970s, Judy took a trip to the US in October 1984, choosing to stay on for a while. By May 1985 she had met and married Kristoffer Tabori and moved to California. However, the marriage had broken down by 1989. Despite this, Judy chose to stay in the US, making her home in Los Angeles.

Last Call in the Dog House

To Sir, with Love II