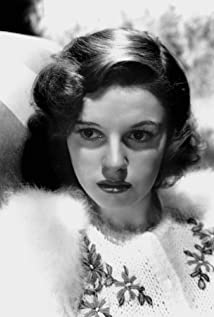 One of the brightest, most tragic movie stars of Hollywood's Golden Era, Judy Garland was a much-loved character whose warmth and spirit, along with her rich and exuberant voice, kept theatre-goers entertained with an array of delightful musicals.She was born Frances Ethel Gumm on 10 June 1922 in Minnesota, the youngest daughter of vaudevillians Ethel Marion (Milne) and Francis Avent Gumm. She was of English, along with some Scottish and Irish, descent. Her mother, an ambitious woman gifted in playing various musical instruments, saw the potential in her daughter at the tender age of just 2 years old when Baby Frances repeatedly sang "Jingle Bells" until she was dragged from the stage kicking and screaming during one of their Christmas shows and immediately drafted her into a dance act, entitled "The Gumm Sisters", along with her older sisters Mary Jane Gumm and Virginia Gumm. However, knowing that her youngest daughter would eventually become the biggest star, Ethel soon took Frances out of the act and together they traveled across America where she would perform in nightclubs, cabarets, hotels and theaters solo.Her family life was not a happy one, largely because of her mother's drive for her to succeed as a performer and also her father's closeted homosexuality. The Gumm family would regularly be forced to leave town owing to her father's illicit affairs with other men, and from time to time they would be reduced to living out of their automobile. However, in September 1935 the Gumms', in particular Ethel's, prayers were answered when Frances was signed by Louis B. Mayer, mogul of leading film studio MGM, after hearing her sing. It was then that her name was changed from Frances Gumm to Judy Garland, after a popular '30s song "Judy" and film critic Robert Garland.Tragedy soon followed, however, in the form of her father's death of meningitis in November 1935. Having been given no assignments with the exception of singing on radio, Judy faced the threat of losing her job following the arrival of Deanna Durbin. Knowing that they couldn't keep both of the teenage singers, MGM devised a short entitled Every Sunday (1936) which would be the girls' screen test. However, despite being the outright winner and being kept on by MGM, Judy's career did not officially kick off until she sang one of her most famous songs, "You Made Me Love You", at Clark Gable's birthday party in February 1937, during which Louis B. Mayer finally paid attention to the talented songstress.Prior to this her film debut in Pigskin Parade (1936), in which she played a teenage hillbilly, had left her career hanging in the balance. However, following her rendition of "You Made Me Love You", MGM set to work preparing various musicals with which to keep Judy busy. All this had its toll on the young teenager, and she was given numerous pills by the studio doctors in order to combat her tiredness on set. Another problem was her weight fluctuation, but she was soon given amphetamines in order to give her the desired streamlined figure. This soon produced the downward spiral that resulted in her lifelong drug addiction.In 1939, Judy shot immediately to stardom with The Wizard of Oz (1939), in which she portrayed Dorothy, an orphaned girl living on a farm in the dry plains of Kansas who gets whisked off into the magical world of Oz on the other end of the rainbow. Her poignant performance and sweet delivery of her signature song, 'Over The Rainbow', earned Judy a special juvenile Oscar statuette on 29 February 1940 for Best Performance by a Juvenile Actor. Now growing up, Judy began to yearn for meatier adult roles instead of the virginal characters she had been playing since she was 14. She was now taking an interest in men, and after starring in her final juvenile performance in Ziegfeld Girl (1941) alongside glamorous beauties Lana Turner and Hedy Lamarr, Judy got engaged to bandleader David Rose in May 1941, just two months after his divorce from Martha Raye. Despite planning a big wedding, the couple eloped to Las Vegas and married during the early hours of the morning on 28 July 1941 with just her mother Ethel and her stepfather Will Gilmore present. However, their marriage went downhill as, after discovering that she was pregnant in November 1942, David and MGM persuaded her to abort the baby in order to keep her good-girl image up. She did so and, as a result, was haunted for the rest of her life by her 'inhumane actions'. The couple separated in January 1943.By this time, Judy had starred in her first adult role as a vaudevillian during WWI in For Me and My Gal (1942). Within weeks of separation, Judy was soon having an affair with actor Tyrone Power, who was married to French actress Annabella. Their affair ended in May 1943, which was when her affair with producer Joseph L. Mankiewicz kicked off. He introduced her to psychoanalysis and she soon began to make decisions about her career on her own instead of being influenced by her dominee

Katy Perry: Part of Me