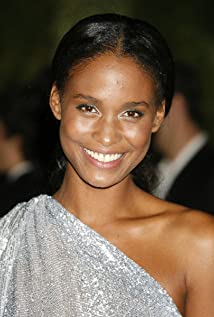 Joy Bryant was born in a modest home in The Bronx, New York and as a young woman, was enrolled in an inner-city outreach organization called "A Better Chance," designed to encourage minority talent. Joy was also blessed with brains as well beauty and remained an excellent student throughout her high school years. As a result, she was awarded a full academic scholarship to Yale University.While enrolled as a full-time student at Yale, Joy was discovered by a modeling scout from Next Models Management and subsequently pursued a career as a fashion model in Paris. Her slender yet classic beauty got her an exclusive contract with prestigious brand names such as Tommy Hilfiger and the Victoria's Secret lingerie catalogue.Joy's acting debut came about in 2001 in Robert Townsend's Carmen: A Hip Hopera (2001). An MTV production, the film also starred Beyoncé and Mekhi Phifer, along with several hip-hop superstars. After a small role in the Eddie Murphy action comedy Showtime (2002), she made her big breakthrough in Denzel Washington's directorial debut, Antwone Fisher. Bryant played Cheryl, the beautiful and supportive girlfriend of Antwone (Derek Luke). In 2003, she co-starred with Jessica Alba in Bille Woodruff's romantic drama Honey (2003). That same year, she appeared in Mario Van Peebles' _Baadasssss! (2003)_, based on his father Melvin Van Peebles' autobiographical novel. Projects for 2004 included the crime drama Three Way (2004) with Gina Gershon.The year 2005 turned out to be an even better year for the actress. Joy appeared in high-profile films such as The Skeleton Key (2005), London (2005), and Get Rich or Die Tryin' (2005). Her performances as the sassy Mallory in London (2005) and the strikingly pretty Charlene in Get Rich or Die Tryin' (2005) were critically acclaimed, and re-enforced her reputation as a versatile actress.