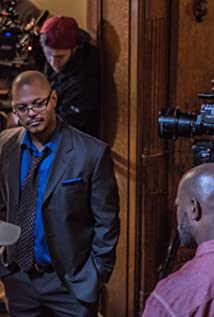 Jou Jou Papailler graduated from the premed program at the University of Louisville with a Homecoming King title and a degree in biology. However, he was soon discovered by Jane Stuart on a Drug Free America commercial. He moved to New York and, with Jane's help, became a series regular on Sesame Street as Jamal, The Park Ranger (over 30 episodes). While studying with Wynn Handman (who taught such greats as Denzel Washington, John Leguizamo, Mira Sorvino, and Raul Julia, Connie Britton from Nashville) at the American Place Theatre, he had recurring roles on such shows as The Guiding Light, As the World Turns and Bill Maher's Politically Incorrect. Under Wynn's tutelage, Jou Jou realized a dream when he got to write songs, sing, and star in a co-written hit Off-Broadway, Spoonbread and Strawberry Wine, in New York City. In Los Angeles, he starred in such Feature Films as The Socratic Method and Welcome to Hollywood. Also noteworthy, he has screen-tested on both coasts for Ed Weinberger, Robi Reed-Humes, and Masani Gayle.Jou Jou has over two decades of experience writing, directing, and producing. His short film, By Means of Natural Selection, in which he wrote, produced, and starred, won 3 awards-including Best Actor for his performance-at the 168 Film Festival in Bel Air, California. Smoke Screen, which he directed and associate produced, screened at Universal Studios and was sold for distribution. He has also stage managed and assistant directed for NBC and National Lampoon Network, working with stars such as Mario Lopez (America's Best Dance Crew) and Robert Englund (Nightmare on Elm Street). Before leaving Los Angeles, he was the production coordinator for Restraining Order-starring Robin Givens. Recently, he was a supporting lead opposite Taye Diggs in the 2018 drama, The River Runs Red; in previous years, he has starred in two other feature film comedies (Tan Lines and The Split) in Louisville, Kentucky, in which he played the roles of Turner and Sheldon, respectively.Jou Jou is a member of the Kentucky Film Commission and has a few projects in development; these projects include a nationwide youth fitness program and a feature film he wrote and is producing about cops, teens, and gun violence. With his mentor and consultant, Danny Glover, he is also developing a film he created and co-wrote about the most successful jockey in history, Isaac Murphy. Jou Jou also enjoys coaching. He co-created and ran the Film Actor's Academy with DK Casting in Los Angeles and created the first professional level high school TV/Film Production department in Kentucky at Fern Creek High School, his Alma Mater (where he was inducted into the Athletic Hall of Fame for soccer after scoring 75 goals in 4 years-a record which stood for over 2 decades). Now, Jou Jou brings all of his experiences to Louisville and is happy to work with Beth Hall and Helen Wells Talent Agency.