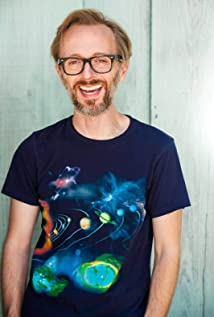 Joshua David Gray was born on November 17th at home to his parents, William and Donna Gray, with the assistance of a mid-wife. After his parent's divorce, he lived with both of them and attended the schools: Pearl; Poe Elementary; Wilhelm Schole; St. Michael's Catholic Private School; Strake Jesuit College Preparatory; and the University of Houston; Central Campus, where he graduated with a B.A. in English and Theater.Joshua began acting at a very early age and appeared as the Old Woman in Sake's The Open Window and starred in his first film as Don Quixote written by him and his English class in the progressive elementary school called Wilhelm Schole. The short film was produced by his teacher and first crush, Ms. Bell, and directed by her husband, David Bell, an instructor of film at the Art Institute of Houston.In the high school, Strake Jesuit, an all boy's Catholic School with an all girl's Catholic School next door, Joshua was a bass in the co-ed choir, and appeared in the school productions of Julius Caesar, Merrily We Roll Along, As You Like It, and many others.After high school, Joshua worked on the film Mystic Nights and Pirate Fights shot around Mystic, Connecticut in 1997, produced by a friend of his family, Kirkland Tibbels. There he met, Valerie Azlynn, and they became friends, he even lived with her and her mother for a time.He returned to Houston, Texas and studied at the University of Houston where he was taught by Dr. Sidney Berger (from the cult film Carnival of Souls); Carolyn Houston Boone; Sir Peter Hall (from the Royal Shakespeare Company); Edward Albee (three time Pulitzer winning playwright); Lanford Wilson (Pulitzer winning playwright); and K. Todd Freeman (from Steppenwolf theater in Chicago and Broadway).There he starred or performed in The Three Sisters, Beyond Therapy, The Dumb Waiter, A Midsummer's Night Dream, King John. At University of Houston, he also directed four productions, David Hare's Amy's View; Naomi Wallace's One Flea Spare; David Graziano's Acorn; and David Lindsay-Abaire's Fuddy Meers.While in Houston, Texas (which is only second to New York City in the number of theater seats in an urban area); Joshua performed in, starred in, produced, or directed over 40 stage productions. Some include: The Invention of Love at the Alley Theater, directed by Gregory Boyd; A Lesson Before Dying at the Ensemble Theater, directed by Wayne DeHart; The Lion in Winter at Brenham's Unity Theater, directed by Charles Sanders.Joshua directed Terrence McNally's Corpus Christi for the GLBT theater Unhinged Productions, where he was a member on the Artistic Board.Joshua moved to New York City where he starred in Joel Richard's Duck, Duck, Goose as an existential Goose questioning its existence.Joshua moved to Los Angeles just a few years ago and in that time has appeared in Player King Productions' Hamlet, Point Break Live, and the Improv troupe Dirty Third.Joshua can also be seen on TBS' original sitcom, Sullivan & Son, starring Steve Byrne, Dan Lauria, Brian Doyle-Murray, Christine Ebersole, Jodi Long, Valerie Azlynn, Vivian Bang, Owen Benjamin, Roy Wood Jr., and Ahmed Ahmed; produced by Rob Long, Peter Billingsley, and Vince Vaughn's Wild West Productions. He plays the Catholic Priest, Father Perry.On Friday, September 21st, he will play Ryan Kendall, in Dustin Lance Black's play 8, based on the transcripts of the Prop 8 Trial, at the Ernest Borgnine Theater, for the Public Theater of Southern California, directed by Denis McCourt.