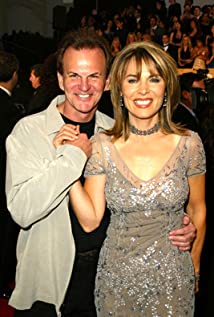 Armed with a Burt Reynolds-like laid-back grin, virility and swagger, handsome soap actor Josh Taylor was first noticed tending bar near the popular Burbank Studios, where Days of Our Lives (1965) was being cast. He won the role of working-class "Chris Kositchek" (a bartender, natch) and, for four seasons, won the hearts of many a lady fan, from 1977-1981, returning to the role again in 1982 for another five years.Born Tommy Tim Taylor in Princeton, Illinois. When he was two-years-old, his family moved to nearby Chillicothe, Illinois. He earned his Bachelor of Arts degree from Dartmouth University. Despite his good-ol'-boy reputation, he managed to buckle down and holds a Juris Doctorate in Law. Following his daytime fame in the mid-80s, Josh was successful in crossing over to prime-time TV with the sitcom, Valerie (1986), as series star Valerie Harper's husband, "Michael Hogan". In 1988, squabbles between the title star and the network led to Harper's abrupt dismissal. Instead of the expected cancellation, a surprise change showed up in the form of Sandy Duncan, who came to the rescue as Valerie's sister and household help, changing the name of the show to "The Hogan Family" (1988). The program went on for another three seasons.Brief forays into mini-movies and episodics (Murder, She Wrote (1984) and Matlock (1986)) and a recurring role as Luke Perry's ne'er-do-well father on Beverly Hills, 90210 (1990) failed to keep up a steady pace, so Josh returned to the daytime fold in the mid-1990s with brief stints on The Young and the Restless (1973) and Guiding Light (1952). In 1997, he came home to NBC and "Days..." as "Roman Brady" this time, and stayed with the show until 2004 when his character (and many others in a studio cost-cutting measure) fell victim to a serial killer. Later, it was discovered his character managed to survive after all. Josh continues to live a "nine lives" cat-like existence on the show while playing out an attention-getting love triangle with stars Deidre Hall and Drake Hogestyn. Divorced from film action bombshell Sandahl Bergman of Red Sonja (1985) fame, Josh remarried and lives with wife, Lisa, in Burbank. He has a daughter, Tristen, from his first marriage.

A Secret Between Friends: A Moment of Truth Movie