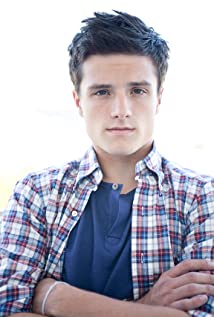 Joshua Ryan Hutcherson was born on October 12, 1992 in Union, Kentucky to Michelle Fightmaster, who worked for Delta Air Lines, and Chris Hutcherson, an EPA analyst. He has one younger brother, Connor Hutcherson. From the age of four, Josh knew that he wanted to be an actor. In order to pursue his goal, Josh and his family moved to Los Angeles when he was nine-years-old.In 2002, Josh landed his first acting role in the TV film, House Blend (2002), with Amy Yasbeck, Dan Cortese and Sean Faris. The same year, Josh was cast in the pilot, Becoming Glen (2002), but Fox did not order it to series (though, several years later, it was reconfigured as the short-lived series, The Winner (2007), starring Rob Corddry, and co-written/produced by Seth MacFarlane). Toward the end of 2002, Josh appeared on an episode of ER (1994).Josh made his big-screen debut, in 2003, with a bit part in the Oscar-nominated American Splendor (2003). His career began its measured ascent in 2005 with a supporting slot as one of Will Ferrell's kids in Kicking & Screaming (2005), a co-starring role in the indie hit Little Manhattan (2005), and another co-starring role in Zathura: A Space Adventure (2005), which was originally conceived as a sequel to Jumanji (1995). Despite underperforming at the box office, "Zathura" helped earned for Josh his first Young Artist Award for "Leading Young Actor".2006 saw bigger returns for Josh's burgeoning film career with a role as one of Robin Williams' sons in the modest hit, RV (2006). The following year, he landed his first breakthrough role in Bridge to Terabithia (2007), the kid-approved adaptation of Katherine Paterson's novel that co-starred AnnaSophia Robb, whose career was also taking off at this time.Josh starred as Brendan Fraser's nephew in another family-film hit, Journey to the Center of the Earth (2008), and he had a smaller role in the Crash-like drama, Fragments (2008), though by now his face and name were being used in movie-marketing materials. Though it wasn't a hit, Josh's character in Cirque du Freak: The Vampire's Assistant (2009) served as a major plot device early in the story.In 2010, Josh co-starred in the critically-acclaimed film, The Kids Are All Right (2010), alongside Annette Bening, Julianne Moore, Mark Ruffalo, and Mia Wasikowska. The film received several awards and four Academy Award nominations, including Best Picture. Josh's performance as the youngest child in a family, led by two mothers, earned him acclaim from audiences and the industry, alike. Josh followed up with an expanded role in Journey 2: The Mysterious Island (2012), which saw Dwayne Johnson take over as the main character from Brendan Fraser. Between the star power and the allure of 3D, the sequel was a worldwide hit and a third installment is in development.With the announcement that he would portray the beloved "Peeta Mellark" in The Hunger Games (2012), the film adaptation of the best-selling novel written by Suzanne Collins, Josh became an instant celebrity. In the wake of the movie's massive worldwide success, Detention (2011), a horror/comedy that Josh made before "The Hunger Games", was released. Josh was also an executive producer on that feature.Before Josh reprises his role as "Peeta" in The Hunger Games: Catching Fire (2013), we will see him in the long-delayed remake of Red Dawn (2012); the omnibus 7 Days in Havana (2012) (aka "7 Days in Havana") (Josh's segment was directed by Benicio Del Toro); The Forger (2012) opposite Lauren Bacall, Alfred Molina, and Hayden Panettiere; and the animated Epic (2013) from Ice Age (2002) co-director (and voice of "Scrat"), Chris Wedge.

Boy in a Backpack