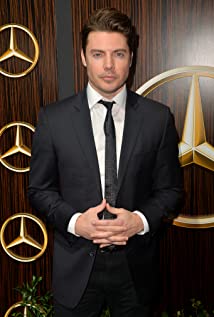 Josh Henderson was born in Dallas, Texas. Josh grew up with his mother (Sharon) in Oklahoma & Texas. Graduating from Tulsa Memorial Senior High School in May 2000, he returned to Texas after graduation to auditioned for (2001) Popstars (2002) in Dallas. Remembered for "singing like Justin Timberlake" Josh was chosen as one of the six winners. His band Scene23 recorded an album, but their record label went bankrupt before the album's release. He was on the UPN show One on One (2001) for several seasons, and appeared on the ABC's 8 Simple Rules (2002) where he met future (ex) girlfriend, Kaley Cuoco. Josh appeared on MTV's The Ashlee Simpson Show (2004) and was her boyfriend for two years before they split.Josh appeared on the critically acclaimed FX show Over There (2005) which focused on the war in Iraq and how it effects soldiers and their families and appeared in The Girl Next Door (2004) and in Yours, Mine & Ours (2005). In Josh's downtime he enjoys his steam room, the gym, reality television, Dr. Pepper, dancing & basketball.