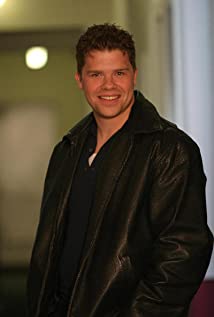 Josh was born in Edmonton, Alberta, Canada. His father Gordon was born in Biggar, SK, and worked as a Bio Med Technician and his mother Judy was born and raised in Montreal and works as a secretary.At the age of twelve Josh moved to Spruce Grove, Alberta, where he attended High School. It was a tough change going from a Christian Elementary School to a public Junior High School. He played sports including football, basketball for his junior high school, but he soon found hockey was the sport for him.He took acting classes with Elizabeth Ebbels, who initially took pity on him and later became his first real agent. He wasn't very popular in high school; he was overweight and not exactly the hottest guy in school. In his Senior year of high school he just decided to make a real change and started going to a local gym 2-3 hours everyday. This dramatic change later drove him to get involved with the wrong crowd on numerous occasions. After seeing quite a bit and getting sick of the life he was living, he decided to turn his life around and got focused on acting.He entered Red Deer College and enrolled in the Motion Picture Arts Bachelor Program, graduating with a 3.67 GPA. The highlight for him was meeting his primary instructor and mentor Larry Reese, who had been in Unforgiven, Brokeback Mountain, and many other films. A highlight for him was when Larry Reese took him as his personal reader on his auditions. One day he advised him on a move and two and half weeks later Josh moved to Vancouver and signed with Debbie Mahood at Lukas Talent, one of Canada's leading agencies. Debbie soon had him working on many of Canada's leading television shows and on more than a few American movies crossing the border. American audiences first saw him in Lifetime movies and in the CW series Aliens In America.Josh's big break came when he was cast as Greg Saloga on I Love You, Beth Cooper directed by Chris Columbus and Jonas Konelle on Jennifer's Body with Megan Fox. With his amazing resume he plans to join the many other well-known Canadian actors in the US and has been scouting places in West Hollywood.

I Love You, Beth Cooper

Yeti: Curse of the Snow Demon

For the Love of a Child