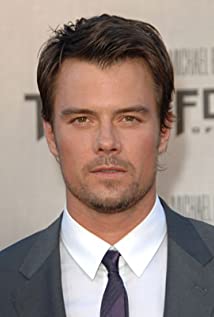 Joshua David Duhamel was born in Minot, North Dakota. His mother, Bonny L., is a retired high school teacher, and the Executive Director of Minot's Downtown Business & Profession Association, and his father, Larry Duhamel, is an advertisement salesman. Josh has three younger sisters: Ashlee, McKenzee and Kassidy. His ancestry is German, and smaller amounts of Norwegian, French-Canadian, English, Irish, and Austrian (his last name is very common among Francophones in the world). Before his acting career, the football player studied biology and earned his Bachelor's degree at Minot State University with the intention of pursuing dentistry.At 26 years old, Josh worked in construction, and it was by chance that he got into showbusiness. Modeling eventually gave way to acting as Josh was asked to audition for the title character in The Picture of Dorian Gray (2004), from the novel by Oscar Wilde.Duhamel can be seen in Vince Gilligan and David Shore's CBS series, "Battle Creek." He is in production on four films: "Lost In The Sun," "Bravetown," "The Wrong Stuff," and "Beyond Deceit."Duhamel also starred alongside Hillary Swank and Emmy Rossum in the George C. Wolfe directed drama, "You're Not You." Duhamel also starred opposite Julianne Hough in Lasse Hallstrom's "Safe Haven," a drama based on the best-selling novel by Nicholas Sparks and the thriller "Scenic Route," which tells the story of two friends stranded in the desert. In addition, Duhamel was seen in the star-studded, ensemble comedy "Movie 43" alongside Emma Stone, Hugh Jackman, Halle Berry, Kate Winslet, Richard Gere among many others. Co-directed by Peter Farrelly and Patrik Forsberg, the film features various intertwining, raunchy tales.Other projects include Garry Marshall's "New Year's Eve" alongside Michelle Pfeiffer, Robert DeNiro, Halle Berry, and Hilary Swank and Michael Bay's "Transformers: Dark of the Moon," where he reprised his role of Captain William Lennox for the third installment of the franchise. Additional film credits include the romantic comedy "Life as We Know It" alongside Katherine Heigl, "Ramona and Beezus," "When in Rome" and "The Romantics." On television, Josh is best known for his role as Danny McCoy on the NBC crime drama "Las Vegas." Additionally, he lent his voice to Nickelodeon's Emmy Award-winning animated series "Fanboy & Chum Chum" and starred in several seasons of the long-running ABC soap opera "All My Children," in which he received three consecutive Daytime Emmy nominations.On January 10 2009, Josh married Fergie Duhamel, better known as Fergie from The Black Eyed Peas. They have one child together, Axl Jack Duhamel. They reside in Los Angeles.

The Thing About Pam

Capsized: Blood in the Water