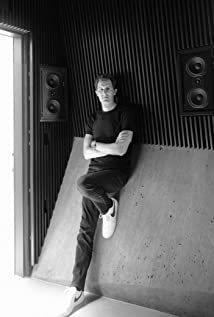 Joseph Kosinski is a director whose uncompromising visual style has quickly made a mark in the filmmaking zeitgeist. His feature film debut, "Tron Legacy" for Walt Disney Studios, grossed over $400 million worldwide and was nominated for several awards, including an Academy Award for Sound Editing and a Grammy for the score by Daft Punk.For his sophomore feature, Kosinski created the science-fiction thriller "Oblivion" for Universal Pictures, starring Tom Cruise and Morgan Freeman. With a score by M83, it grossed $288 million worldwide.Kosinski's third feature was the critically acclaimed action-drama "Only The Brave" for Black Label Media and Columbia Pictures. The film stars Josh Brolin, Miles Teller, Jennifer Connelly and Jeff Bridges.He won three AICP Awards for his commercials Gears of War "Mad World", Assassin's Creed "Unity" and Destiny "Become Legend", all of which are now featured in the Department of Film at the Museum of Modern Art. His recent ads have included "The Dig" for Sony and "Web of Fries" for Taco Bell.Joseph received his undergraduate degree in Mechanical Engineering at Stanford University before graduating from Columbia University with a graduate degree in Architecture.