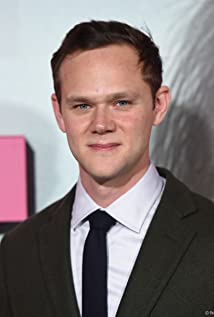 Joseph Cross made his motion picture debut in M. Night Shyamalan's Wide Awake (1998). Cross was also seen in Strangers with Candy (2005), co-starring Amy Sedaris, Stephen Colbert, Paul Dinello, and Greg Hollimon. The prequel to the Comedy Central series of the same name, the film was directed by Paul Dinello and debuted at the 2005 Sundance Film Festival to rave reviews.Cross can be seen in the Clint Eastwood-directed Flags of Our Fathers (2006), which was released in August 2006 and Running with Scissors (2006), where he is reunited with Brian Cox.Cross's other feature film credits include the 1998 thriller Desperate Measures (1998), where he appeared with Brian Cox for the first time, directed by Barbet Schroeder and co-starring Michael Keaton. Cross and Keaton collaborated again in the film Jack Frost (1998), which also starred Kelly Preston. He previously appeared with Diane Keaton in the television film Northern Lights (1997), directed by Linda Yellen. Among his other television credits, Cross appeared in episodes of the popular series Law & Order (1990), Law & Order: Special Victims Unit (1999), and Third Watch (1999).In 2003, Cross made his stage debut at the Williamstown Playhouse in John Guare's play "Landscape of the Body," directed by Michael Grief and co-starring Lili Taylor and Michael Gaston.

Everything Beautiful Is Far Away