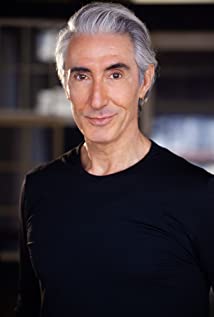 Jordi Caballero is an actor, dancer-choreographer, musician and producer with a knack for crossing boundaries in the entertainment industry. As Jordi explains, "To me it doesn't matter what entertainment medium is used. My goal is to tell a story - be in through the eyes of a character, a movement, a beat or a show, to captivate the audience through the shared human experience. And figuring out the best route to get there is what fills me with inspiration". Jordi started training in the classical music arts at the age of 8. By his early teens, he realized he wanted to pursue his passion and natural talents professionally, seguing from music to acting and dance. Influenced by American Musicals such as "West Side Story" and an "American in Paris", icons like Fred Astaire and Gene Kelly, and TV shows like "Fame", Jordi headed to the New York City to pursue a career in acting and the performing arts earning a BFA degree from New York University, Tisch School of the Arts. Following graduation at NYU, Jordi caught the attention of celebrated film directors in a series of notable acting roles. In 2003 he was cast in the human rights thriller, I WITNESS, in the acclaimed role of Captain Madrid opposite Jeff Daniels and James Spader, landing him a Best Supporting Actor Nomination at the 2003 METHOD FEST FILM FESTIVAL in Los Angeles. This was followed by film veteran Rob Reiner's notable comedic casting in ALEX AND EMMA, opposite Luke Wilson and later on by India's revered writer and director, Vidhu Chopra in Chopra's first Bollywood-to-Hollywood dramatic feature film, BROKEN HORSES, opposite the late, beloved Anton Chekhov. Jordi's captivating presence and ability to truly embrace his characters have earned him a long list of key guest-starring television roles in hit television shows including SEX AND THE CITY, GRIMM, CSI MIAMI, JUSTIFIED, DISJOINTED, RULES OF ENGAGEMENT, ENTOURAGE, BROTHERS AND SISTERS, THE UNIT and THE SHIELD, among many others.Jordi's gift and passion for the performing arts, dance and choreography also led him to work with top musical celebrities such as Andrea Bocelli, Cher, Madonna, The Spice Girls, Tony Bennett, as well as through stage performances on widely broadcast television productions including The ANNUAL ACADEMY AWARDS and DANCING WITH THE STARS. His talents have been enlisted by film director veterans such as Chris Columbus for RENT, by Gore Verginski's for RANGO among many other film and television directors. He has received two Nominations as Best Choreographer from the prestigious American Choreography Awards. Over the past several years Jordi has emerged as a filmmaker-producer of original entertainment content including TANGO SHALOM (Post Production), THE LAST ANALOGUE HIT: MACARENA: The last analog hit (In process), LA CARGA (2016), After the Rain (2016), DANCING FOR MY HAVANA (2015) and THE WORLD CHOREOGRAPHY AWARDS (2015, 2016 & 2017).

True Memoirs of an International Assassin