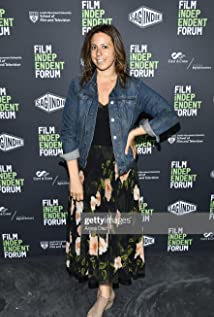 Jordana Mollick is a Los Angeles-based producer with a background in theater, film, television and digital media, as well as literary management. In 2009 she co-founded a company called Black Sheep Management and Productions, which merged with Haven Entertainment in 2013, where she was a partner. In 2018, she joined forces with Michael Showalter to form Semi-Formal Productions, a production company which aims to produce film and television that is edgy, contemporary, and socially aware, and to tell commercial stories with unconventional characters that have as much heart as they do humor.Jordana began her career in theater and created the UNSCREENED play series, an annual development and presentation of four world-premiere short plays by some of Hollywood's fastest rising screenwriters and television writers. Through this annual project, Jordana has produced work written and directed by Leslye Headland, Dahvi Waller, John Whittington, Michelle Morgan, Will Graham, Raamla Mohamed, Corrine Kingsbury, The Shipley Brothers, James Ponsoldt, and Susanna Fogel & Joni Lefkowitz, among others.Jordana produced HELLO MY NAME IS DORIS starring Sally Field and directed by Michael Showalter. The film was distributed by Roadside Attractions and Sony Worldwide, and played in theaters nationwide. She Executive Produced NIGHT OWLS starring Adam Pally and Rosa Salazar, which was distributed by MGM. Both films premiered at SXSW. Jordana also produced LIFE PARTNERS, directed by Susanna Fogel and starring Leighton Meester, Gillian Jacobs, and Adam Brody. LIFE PARTNERS originated as a short play in Unscreened, and the feature film premiered at the Tribeca Film Festival where it was acquired by Magnolia Pictures.In addition to films, Jordana has produced several shows in the digital space, including PLAY BY PLAY, EMBEDS, & IN THE VAULT for Verizon's streaming platform (Go90) and I LOVE BEKKA & LUCY for Warner Brother's streaming platform (Stage 13). I LOVE BEKKA & LUCY played at SXSW in 2017 as the first independent episodic series to premiere at the festival.Jordana was a 2012 Creative Producing fellow with the Sundance Institute and a 2013 Women at Sundance Fellow. She was also the recipient of the Piaget Producer's Award at the 2017 Independent Spirit Awards. Most recently Jordana produced the documentary IT STARTED AS A JOKE, which just premiered at the 2019 SXSW film festival. Jordana just wrapped production on THE LOVEBIRDS, directed by Michael Showalter and starring Kumail Nanjiani and Issa Rae.