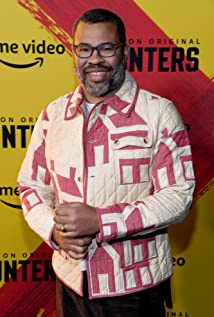 Jordan Haworth Peele attended Sarah Lawrence College as a member of the class of 2001. His mother is white and his father is black. Jordan is married to comedian Chelsea Peretti, with whom he has a son.He is known for co-writing and starring in the comedy Keanu (2016), opposite his close friend Keegan-Michael Key, for writing and directing the horror film Get Out (2017), which was nominated for Best Picture, lead Actor, Screenplay (winning the prize), and Director at the Academy Awards, and for writing-directing-plus duties on Us (2019), a horror film that had one of the highest live action non-franchise openings of all time.

Honk for Jesus. Save Your Soul.