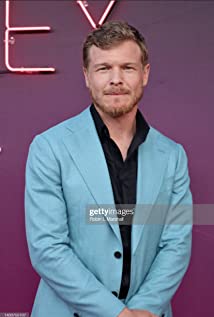 Jordan Cox is a multidisciplinary performing artist, who was first a professional tennis player before pursuing a career in the arts. As a life-long Type-1 diabetic, diagnosed at age four, Jordan advocates for the cause, but does not let it slow him down. Born in Miami, Florida, he spent his first seven years of life there as the only American born member of his family line-father hailing from New Zealand and mother from Zimbabwe. At seven, they moved to Duluth, Georgia where he began playing tennis.Jordan began seriously competing at fourteen years old and was accepted into the Nick Bollettieri Academy, now IMG Academy, in Florida where he lived and trained with some the most prestigious names in tennis. He turned pro at seventeen, made it to the 2009 Junior Wimbledon singles final and over his eight years competing reached a career high ATP ranking of 449. He started feeling the itch for the arts and began training theatrically in St. Petersburg while still playing tennis. It required dedication and a competitive edge, and gave him the same thrill that he loved from tennis. In 2017, he moved to Atlanta to pursue a career in acting.He's earned roles on The Case For Christ, The Gifted, Dynasty and Tom Swift among others before landing his first Series Regular credit on Starz one-hour drama, P-Valley. He stars as Derrick, abusive boyfriend of series lead Keyshawn (Shannon Thornton) with an exciting character arch that continues to grow this season.

Error in the Ménage