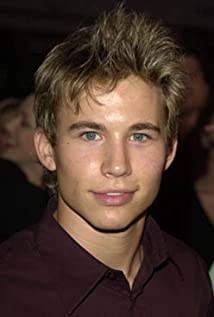 Jonathan Taylor Thomas was born Jonathan Taylor Weiss on September 8, 1981 in Bethlehem, Pennsylvania, to Claudine (Gonsalves) and Stephen Weiss. He has an older brother, Joel, and has Pennsylvania Dutch (German) and Portuguese ancestry. Growing up, he liked the music group Boyz II Men, and his favorite TV shows were Roseanne (1988) and Grace Under Fire (1993), but he also liked watching CNN news, to keep up to date with current events. One thing that Jonathan does not like is meat. He has been a vegetarian since he was four years old, and he doesn't use products that are tested on animals because he believes that it is wrong to hurt them.When Jonathan was four years old, his family moved from Bethlehem to Sacramento, California. At the age of seven, Jonathan was working as a model for print advertisements in Sacramento, and over the next few years, he appeared in TV commercials for Kelloggs cereal, Mattel toys and for many other products. By this time, Jonathan was ready for bigger roles, and in 1989, he landed the part of Greg Brady's son Kevin in the TV special The Bradys (1990). In 1990, he landed his biggest role yet, as Randy Taylor on Home Improvement (1991). Jonathan's audition went well, but what really gave him an edge over the other boys was that the casting directors thought that he looked a lot like his TV dad-to-be, Tim Allen.In 1991, Jonathan's parents divorced. He lived with his mother and his brother. He began work in feature length movies, as the voice of young Simba in Disney's The Lion King (1994), and as Ben Archer in Man of the House (1995) opposite Chevy Chase. Among his other movies are Tom and Huck (1995), The Adventures of Pinocchio (1996), Wild America (1997), and I'll Be Home for Christmas (1998).

Thru the Moebius Strip

I Woke Up Early the Day I Died

The Adventures of Pinocchio

Man of the House