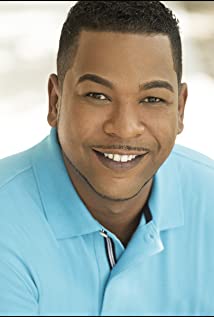 Jonathan G. Rodriguez, a Brooklyn, New York native went briefly to The Juilliard School for the Performing Arts, the U.S. Marines called and after finishing a stint with the U.S. Marines Corps, he was given an Honorable Discharge. Jonathan is a U.S. Marines corp. Veteran. He was then drawn back to the world of art, specifically into the world of acting. He then was fortunate enough to book a part on a film in South Florida. From there he fell in love with South Florida. When the movie was finished, he went back to Brooklyn. He and his family decided to move to Florida. Moving to South Florida with his union credentials, he explored all avenues of the film and television business and soared as a SAG-AFTRA actor, model, stuntman and voice over talent. He has climbed very fast in the years and has been committed to the business. Along with exploring acting, modeling, stunts, and voiceover work, he is also drawn into the production side of the business where he produced a film and is now working on producing more films and collaborating with investors to make projects happen in and around South Florida where he, his wife and children reside.When he began exploring the craft in New York, he knew instinctively he needed to have further training to make his goals a reality and began taking classes from the Acting School of South Florida, and from there launched his training by taking all the acting, voice over, stunt and any other class, from as many different coaches as his time allowed. He worked in and around the business while taking these classes to improve his craft. He heard "Training First" and he did just that. With the onset of his first break in New York in "New York Undercover" which made him SAG-AFTRA he has been working as a professional actor ever since. Jonathan's ability to speak fluently both English and Spanish language enables him to book and work in many Spanish television shows and Soaps. Jonathan is a rising talented actor and you can expect to see him play in many more exciting roles in the future.Jonathan can be seen in such commercials as: T-Mobile, Gatorade, Toyota, Florida Lottery, Volkswagen, Dish-Latino and many more; He can be heard behind the scenes using his voiceover talents in voice over commercials for Snickers, Ford, Twix, Grand Theft Auto IV, and Kinect Disneyland Adventure. He can also be seen in various TV Series, such as The Glades, Burn Notice, Magic City, etc... And on Film in such blockbusters as Pain and Gain, Fade Away, Assumed Killer, Krissy Bell and many more.One of Jonathan's goals is to work alongside among his long time idols' Jeremy Irons, Tom Wilkinson, Meryl Streep, Viola Davis, and Denzel Washington. Never one to sit still Jonathan is currently working on a production of a new film, to be announced, and I am sure Jonathan will bring more projects to light as he continues to forge ahead.