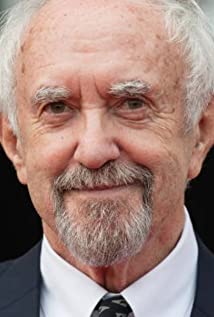 From Holywell to Hollywood, Jonathan Pryce, CBE is a critically acclaimed and award winning actor from North Wales, internationally regarded as one of the greatest ones on both stage and screen. Renowned for his immense versatility and powerful presence he has transcended the industry, effortlessly moving between Hollywood studio films and the classical West End in a range of work that also includes bold independent cinema and the Broadway musical. He has created some of the most memorable characters in cinema and for over forty years been on the wish list of many of the worlds most notorious and accomplished directors as 'Someone they must work with'.Jonathan Pryce was born John Price in Holywell, Flintshire, Wales, to Margaret Ellen (Williams) and Isaac Price, a coal miner. His parents ran a general store. After graduating from the world famous RADA in London, he began his career in the 1970s at the hugely influential Liverpool Everyman Theatre which grounded his politics and talent and helped attract a legacy of brave individual artists that have since been through their doors. From his definitive performance as Hamlet, he made his breakthrough screen performance in Terry Gilliam's masterpiece Brazil (1985). The phrase an 'Actor's Actor' is often overused but with Jonathan Pryce I can think of no better fitting tribute because what that means to the industry is - here is a talent people want to watch and people want to work with. His choices can be considered as bold as they should be as well as always truthful that give life to characters multi-layered and always exciting, where it can be even hard to believe that he is just one man.As in his stage course that includes notable performances such as in "Hamlet", "The Merchant of Venice", "The Goat or Who is Sylvia?", "The Taming of the Shrew", "Miss Saigon", "Oliver", "Comedians" and "King Lear", Jonathan Pryce's range of staggering portrayals full of generously euphoric delight has also been expressed in numerous films including as Brazil (1985), Glengarry Glen Ross (1992), The Age of Innocence (1993), Carrington (1995), Evita (1996), Behind the Lines (1997), Tomorrow Never Dies (1997), Very Annie Mary (2001), Unconditional Love (2002), Pirates of the Caribbean: Dead Man's Chest (2006), The Wife (2017) and The Man Who Killed Don Quixote (2018) as well as in mesmerizing TV roles such as in Roger Doesn't Live Here Anymore (1981), Game of Thrones (2011), My Zinc Bed (2008), Wolf Hall (2015) and Taboo (2017).

To Walk Invisible: The Bronte Sisters