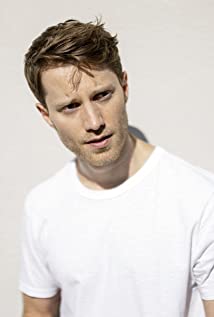 Jonathan Lippert Keltz was born in New York City, to Karin Lippert, who worked in public relations, and Martin Keltz, the co-founder and President of Scholastic Productions. He remained in the city through pre-school before moving upstate to Woodstock, New York, where he attended Poughkeepsie Day School through 8th grade. He moved with his family to Toronto, Canada to attend high school at Northern Secondary School and although he had done various theater productions prior to this, his professional career began shortly after his 16th birthday after signing with his agent.Keltz was inspired to pursue acting by his first drama teacher, Victoria Silvestri, Kenneth Branagh's performance in Hamlet, and a Master Class Workshop with Alan Arkin. He got his start in films in Toronto appearing opposite Heather Graham in "Cake" and playing Chris Cooper's son in "Breach" for Universal. Jonathan co-starred in Disney's "Prom" and he reprised his role on the final season of "Entourage" as Ari Gold's loyal assistant, 'Jake Steinberg.' He had lead roles in two independent features: "Playback", with Christian Slater, and "Transgression", opposite Michael Ironside. In addition to "Entourage," Keltz's television credits include lead roles in the MOW's "Dadnapped" for The Disney Channel and "Acceptance" for Lifetime. Guest star roles include: "Leverage," "Breakout Kings," "CSI: Miami," "Cold Case," and a recurring role on "Degrassi: The Next Generation."Keltz resides in Los Angeles. He is of German (mother) and Polish Jewish (father) heritage. His mother was born in Hamburg.

Fit for a Prince