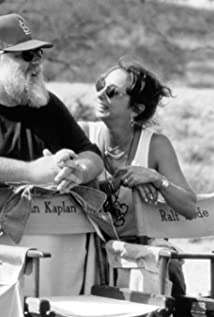 Jonathan Kaplan was born in Paris, France, to film composer Sol Kaplan and actress Frances Heflin (the sister of actor Van Heflin and a regular on ABC's soap opera All My Children (1970). He started his career as a child actor in the Broadway production of "The Dark at the Top of the Stairs," directed by Elia Kazan. He also performed as a child in Elaine May's improvisational theatre, and worked with Martin Ritt in "The Molly Maguires" and 'Arthur Hiller (I)' in "Plaza Suite." Kaplan earned his B.A. at the University of Chicago and attended New York University's Film School, where he made a short film entitled Stanley, Stanley (1965), which won the grand prize in the National Student Film Festival. While at NYU Kaplan cut a film for PBS and worked at the Fillmore East. He then received a call from Roger Corman, who offered him a chance to direct his first Hollywood film, Night Call Nurses (1972). Kaplan displayed sufficient resourcefulness on a severely restricted budget to be given another Corman feature to direct, The Student Teachers (1973). He also directed The Slams (1973) for Roger's producer brother, Gene Corman. His next film, Truck Turner (1974) starring Isaac Hayes, was one of the early black exploitation films. Kaplan then directed White Line Fever (1975) starring Jan-Michael Vincent and Kay Lenz, which went on to become one of Columbia Pictures' successful films in 1975, and followed it with Mr. Billion (1977) starring Terence Hill. Kaplan's next film, Over the Edge (1979) for which he discovered Matt Dillon, encountered distribution problems, and it was not until two years later, when the film was shown in revival houses, that it received the critical attention it deserved. Kaplan has also directed the television films 11th Victim (1979) starring Bess Armstrong, The Hustler of Muscle Beach (1980), The Gentleman Bandit (1981) and Girls of the White Orchid (1983). Heart Like a Wheel (1983), starring Bonnie Bedelia and Beau Bridges, opened to a warm reception at the New York Film Festival. Since "Heart Like a Wheel," Kaplan has turned his talents toward directing music videos, including Barbra Streisand's "Left in the Dark," Rod Stewart's "Infatuation" and John Mellencamp's "Rain on the Scarecrow," "Lonely Ole Night," "Smalltown" and "R.O.C.K. in the U.S.A."