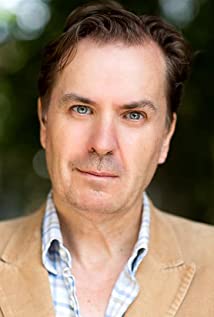 An award winning actor, writer and comedian, whose movie "Axed" in which he starred was picked up by Lionsgate, EOne and Fangoria and was sold to over 35 territories worldwide. The BAFTA winning film director Vadim Jean directed him as Peter Cook in his hit play about dead comedians in London's West End He played Josef Mengele opposite Kerry Shale as Eichmann in "Incognito" which plays at the Portobello Film Festival in London, shot a scene opposite Coronation Street's Eva Pope as a Dorset doctor in the TV pilot "Deep Cuts", and played an evil ghostly Prussian General in the film "Automata" written by Sarah Daly and directed by Lawrie Brewster, producer and writer of Malcolm Mcdowell and Lance Henrikssons last movie. He has worked with theatre companies such as Hull Truck and TV such as "My Family" and "Hotel Babylon". He plays Basil Fawlty in Dinner Theatre and starred in the film "Axed" which amazingly with an unknown cast was distributed by Lionsgate UK, Fangoria USA and EOne Canada as well as 31 territories worldwide which makes him a bankable lead actor in all forms perhaps especially dark comedy. Recent work includes "The Search For Simon" with Monty Pythons Carol Cleveland, Dr Who's Sophie Aldred, Sylvester Radogast McCoy's assistant (Sylvester who he worked with in the play "Decline and Fall" and Chase Masterson (Star Trek DS9), and on the softer side costarred in the romantic comedy "I know What I'm Doing" with Emily Bergl (Desperate Housewives/The Mentalist). Both features are being screened at the Monaco Film Festival 2013. In 2011 he was nominated for Best Actor at Londons Off West End Awards and as a comedian was a finalist in the Hackney Empire New Act Of The Year in 2004 and 2007.

The Haunting of Alcatraz

Boris in the Forest