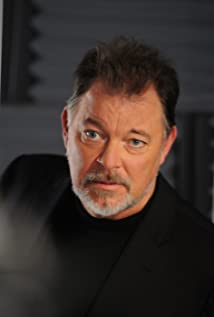 Jonathan Scott Frakes was born on August 19, 1952 in Bellefonte, in central Pennsylvania. He is the son of Doris J. (Yingling) and Dr. James R. Frakes, a professor. His parents moved with Jonathan and his younger brother Daniel to Bethlehem in eastern Pennsylvania. There, his father taught English at Lehigh University, where he held the Fairchild chair in American Literature until his passing in 2002. Frakes is of German, and some English, ancestry.While growing up Jonathan was introduced to jazz by his father and started playing the trombone when he was in fourth grade. As a child Jonathan was always friendly, funny and somewhat of an actor according to a childhood friend. In high school he played in the band and ran track. He graduated from Liberty High in Bethlehem in 1970. The day after he graduated he started classes at Pennsylvania State University, enrolling as a psychology major. The next summer he worked as an usher for the local theater and observed his peers thoroughly enjoying acting. He was motivated to switch his major to theater arts and graduated with a bachelor's degree in 1974.At this point he decided to move to New York City and try to make it as an actor. The roles did not come easily so he had to take side jobs, such as a waiter, a furniture mover (where he injured up his back), and a stint as Captain America for Marvel Comics. Meanwhile he won roles in the Broadway musical "Shenandoah" and on the soap opera The Doctors (1969) as Vietnam veteran Tom Carroll from 1977 to 1978. At his agent's urging Jonathan moved to Los Angeles in late 1978 to try his hand at television guest appearances. He guest-starred on several of the big prime-time shows of the time, including Charlie's Angels (1976), Fantasy Island (1977), Barnaby Jones (1973), Quincy M.E. (1976), Highway to Heaven (1984), The Waltons (1972), and The Dukes of Hazzard (1979).During the 1980s Jonathan landed a starring role in a prime-time soap opera, Bare Essence (1983), which had spun off a successful miniseries of the same name. However the show did not take off with the viewers and was soon canceled. He went back to guest appearances for two more years until he got the part of Stanley Hazard in the Civil War epic North & South: Book 1, North & South (1985). After spending more than six months filming all over the southern United States, he and his co-star, Genie Francis, fell in love (he had met her three years before when they co-starred in Bare Essence (1983)). During that time he and Genie didn't have much to do with each other, other than his making fun of her hair, according to her. However three years later they were an item.In early 1987 Jonathan went to an audition for a new television series at the urging of his soon-to-be wife and her family. After six weeks, and seven auditions, he won the role that would bring him worldwide fame: that of Commander William Riker on Star Trek: The Next Generation (1987). It was at this time, he and Genie announced their engagement. They would have to postpone their wedding twice because of his job but were finally married in the first-season hiatus on May 28, 1988. All of his new co-stars attended the wedding, along with Star Trek: The Original Series (1966) creator Gene Roddenberry. During the seven years Frakes starred on Star Trek: The Next Generation (1987), he not only acted but discovered that he had a talent for directing. He helmed eight episodes in all and was invited to direct on the Next Generation spin-offs, Star Trek: Deep Space Nine (1993) and Star Trek: Voyager (1995).The day after his 42nd birthday, on August 20, his son, Jameson Ivor Frakes, was born. Jameson is named after both his grandfathers, the late James Frakes and the late actor Ivor Francis, Genie's father. During this time Jonathan actually turned down work, preferring to stay at home and raise his son with his wife. For the next two years he did a few guest appearances on television.In 1996 it was announced that he was to be the director of the next Star Trek film, Star Trek: First Contact (1996). He received critical praise for his work on the film and it became the highest-grossing entry of the franchise to date. He formed a production company, Goepp Circle Productions, named after the street he lived on in Bethlehem, Pennsylvania. Just two days after his ninth wedding anniversary in 1997, Elizabeth Francis Frakes was born. Sadly just two weeks prior Jonathan's brother, Daniel, passed away from pancreatic cancer. In 1998 he was asked to direct the ninth Star Trek film, Star Trek: Insurrection (1998). Following mixed reviews for this film he continued to direct in movies and television, act in a few non-Star Trek roles, and starred in the tenth Star Trek film, Star Trek: Nemesis (2002).

How to Sell Drugs Online (Fast)