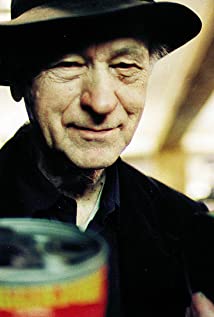 Jonas Mekas, born December 24, 1922, Semeniskiai, Birzai, Lithuania, is a director, cinematographer, editor, writer, actor, poet, artist and publicist. More than 60 years of tireless work in film, arts and media has earned him the epithet "The Godfather of American Avant-Garde Cinema". In 1944 Jonas Mekas left Lithuania, with his brother Adolfas, because of the war. The both of them were imprisoned in a labor-camp in Elmshorn, Germany. After eight months they escaped to Denmark. By the end of 1949 the Mekas brothers emigrated to the U.S., settling in Williamsburg, Brooklyn, New York. Two weeks after his arrival, he borrowed the money to buy his first Bolex 16mm camera and began to record brief moments of his life. Soon he got deeply involved in the American Avant-Garde film movement. In 1954, together with his brother, he started Film Culture magazine, which soon became the most important film publication in the US. In 1958 Jonas Mekas began his legendary Movie Journal column in the Village Voice. In 1962 he founded the Film-Makers' Cooperative, and in 1964 the Film-Makers' Cinematheque, which eventually grew into Anthology Film Archives, one of the world's largest and most important repositories of avant-garde cinema, and a screening venue. Jonas Mekas film "The Brig" was awarded the Grand Prize at the Venice Film Festival in 1963. Other films include "Walden" (1969), "Reminiscences of a Journey to Lithuania" (1972), "Lost Lost Lost" (1975), "Scenes from the Life of Andy Warhol" (1990), "Scenes from the Life of George Maciunas" (1992), "As I was Moving Ahead I saw Brief Glimpses of Beauty" (2000), "Letter from Greenpoint" (2005), "Sleepless Nights Stories" (2011) and "Out-takes from the Life of a Happy Man" (2012). In 2007, he completed a series of 365 short films released on the internet -- one film every day -- and since then has continued to share new work on his website. He currently lives and works in New York City.

My Conversations on Film

Out-Takes from the Life of a Happy Man

Jack Smith and the Destruction of Atlantis

Zefiro Torna or Scenes from the Life of George Maciunas (Fluxus)