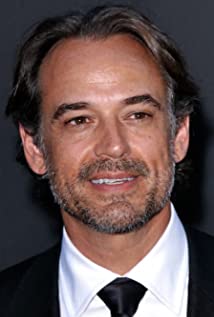 Emmy nominee, award-winning actor, director and screenwriter, Jon Lindstrom, was born and raised in the Pacific Northwest. He was introduced early to acting and filmmaking when his father, Robert, a TV advertising executive, cast the young boy in several local TV commercials. His mother, Sue, was a surgical nurse and homemaker. His older brother, Jeff, is an Electronic Engineer. His entire extended family is inclined to the visual arts, being passionately involved in everything from photography to painting.In Summer 2015 he was featured throughout HBO's, True Detective (2014), as villain, 'Jacob McCandless.' In 2016 he will be featured in two more high profile projects; In theaters in the sequel to the hugely successful, God's Not Dead, God's Not Dead 2 (2016), and the upcoming Freeform TV (formerly ABC Family) series, Recovery Road (2016), plus the edgy indies, The Queen of Hollywood Blvd (2017) and Val-en-tina (2015). This is on the heels of an amazing 2014, when he saw his talent and skills rewarded with the first commercial release by Devolver Films of his feature directorial debut, How We Got Away with It (2014). In addition to his directing duties, he also performed a major role and served as co-screenwriter and co-producer. Mr. Lindstrom is the recipient of critical praise and numerous film festival awards and nominations in Best Of, Audience and Acting categories. In addition to being an official selection to many other festivals, Jon has been invited to accompany his film to special screenings all over the country. It's theatrical run was even held over.Recent award winning Indie films as an actor include What Happens Next (2011), co-starring Wendie Malick, The Sacrifice (2008) with Molly C. Quinn, Chris Mulkey and Darby Stanchfield, with whom he shared the Angel Film Award for Best Ensemble Cast at the Monaco International Film Festival, and The Double Born (2008) with Sammi Davis (Hope and Glory).Mr. Lindstrom is well regarded for his work co-writing and co-executive producing the HBO/Time Warner release, The Hard Easy (2006) starring Vera Farmiga, Bruce Dern and Peter Weller, and was featured opposite Diane Lane in the blockbuster, Must Love Dogs (2005).His short films have been official selections in multiple respected film festivals.His extensive acting experience includes long running parts on the television dramas, As the World Turns (1956) on CBS and for which he received the Emmy Nomination as Lead Actor in a Drama Series, and the roles for which he may be best known for; his 11-year portrayal of disturbed twin brothers, Dr's. Kevin Collins & Ryan Chamberlain, on ABC's General Hospital (1963) and Port Charles (1997). Other TV credits of note include NCIS (2003), Drop Dead Diva (2009), Blue Bloods (2010), CSI: Crime Scene Investigation (2000), Everwood (2002) and the telefilms McBride: Dogged (2007) with John Larroquette, The Sitter (2007) (aka The Sitter), directed by Russell Mulcahy, Ice Dreams (2009) with Jerry Stiller Introducing Dorothy Dandridge (1999) with Halle Berry, Fall from Grace (1990) alongside Kevin Spacey and Bernadette Peters , The Alamo: Thirteen Days to Glory (1987) with Alec Baldwin, and Right on Track (2003) with Brie Larson and Beverly Mitchell.Music has always played a strong role in his creative and professional journey. A lifelong drummer, his band The High Lonesome recorded the album "Feel Free To Do So", which garnered much industry praise and "most added" status for two singles on the Billboard Hot 100. The band recently recorded new songs for their 2010 release, "The High Lonesome Collector's Album 1995-2010".In addition to How We Got Away with It (2014) and his numerous short subjects, he has directed for both the ABC and CBS networks.

The Queen of Hollywood Blvd

How We Got Away with It