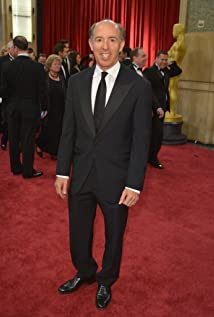 Jon Kilik graduated from the University of Vermont in 1978 where he studied film under Frank Manchel and Vivian Sobcheck. Jon moved to NYC in 1979 and started developing screenplay ideas with his NJ friend, Paul Mones. Kilik and Mones sold their first screenplay, 'Delamer Park', in 1980 but it was never produced. Kilik held a variety of production jobs on various features from 1979-1986 (No Nukes, Stardust Memories, Sophie's Choice, The Verdict, Tootsie, The King of Comedy, Maria's Lovers, Crocodile Dundee, Prizzi's Honor, and Raising Arizona) while he and Mones continued to seek financing for their screenplays. In 1986 Kilik and Mones were able to secure financing for their first feature, "The Beat", with Vestron Pictures. Kilik produced with Julia Phillips and Nick Wechsler. Mones wrote and directed. 'The Beat' was released by Vestron in 1987. That same year, David Picker introduced Jon to Spike Lee. Spike was working on a screenplay for what became 'Do The Right Thing'. This was the beginning of a collaboration that has produced 14 features over 25 years from 'Do The Right Thing' to 'Mike Tyson, The Undisputed Truth". Kilik has produced over 30 other features by directors such as Oliver Stone, Alejandro Gonzalez Inarritu, Bennett Miller, Jim Jarmusch, Julian Schnabel, Robert De Niro, Tim Robbins and Gary Ross. He has received 2 Golden Globe Awards; Best Picture "Babel", and Best Foreign Film "The Diving Bell and The Butterfly" and an Oscar nomination. He returned to The University of Vermont in 2003 to receive an honorary doctorate and deliver the commencement address. In 2012 he returned home to NJ to receive an honorary doctorate and deliver the commencement address at Monmouth University. In 2013, Kilik delivered the Keynote address at the IFP at Lincoln Center where he challenged other, gloomier accounts of the state of cinema.