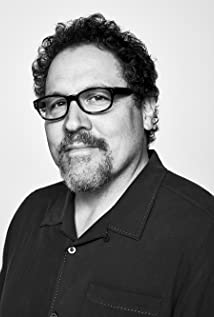 Initially an indie film favorite, actor Jon Favreau has progressed to strong mainstream visibility into the millennium and, after nearly two decades in the business, is still enjoying character stardom as well as earning notice as a writer/producer/director.The amiable, husky-framed actor with the tight, crinkly hair was born in Queens, New York on October 19, 1966, the only child of Madeleine (Balkoff), an elementary school teacher, and Charles Favreau, a special education teacher. His father has French-Canadian, German, and Italian ancestry, and his mother was from a Russian Jewish family. He attended the Bronx High School of Science before furthering his studies at Queens College in 1984. Dropping out just credits away from receiving his degree, Jon moved to Chicago where he focused on comedy and performed at several Chicago improvisational theaters, including the ImprovOlympic and the Improv Institute. He also found a couple of bit parts in films.While there, he earned another bit role in the film, Rudy (1993), and met fellow cast mate Vince Vaughn. Their enduring personal friendship would play an instrumental role in furthering both their professional careers within just a few years. Jon broke into TV with a role on the classic series, Seinfeld (1989) (as "Eric the Clown"). After filming rudimentary roles in the movies Mrs. Parker and the Vicious Circle (1994), Notes from Underground (1995) and Batman Forever (1995), he decided to do some risk taking by writing himself and friend Vaughn into what would become their breakthrough film. Swingers (1996), which he also co-produced, centers on Jon as a luckless, struggling actor type who is emotionally shattered after losing his girlfriend, but is pushed back into the L.A. social scene via the help of cool, worldly, outgoing actor/buddy Vaughn. These two blueprint roles went on to define the character types of both actors on film.In 1997, Jon appeared favorably on several episodes of the popular TV sitcom, Friends (1994), as "Pete Becker", the humdrum but extremely wealthy suitor for Courteney Cox's "Monica" character, and also appeared to fine advantage on the Tracey Takes On... (1996) comedy series. He later took on the biopic mini-movie, Rocky Marciano (1999), portraying the prizefighter himself in a highly challenging dramatic role and received excellent reviews. Other engagingly offbeat "everyman" films roles came Jon's way -- the ex-athlete in the working class film, Dogtown (1997); a soon-to-be groom whose bachelor party goes horribly awry in the comedy thriller Very Bad Things (1998); a newlywed opposite Famke Janssen in Love & Sex (2000); a wild and crazy linebacker in The Replacements (2000); as Ben Affleck's legal partner in Daredevil (2003); and another down-and-out actor in The Big Empty (2003). He wrote and directed himself and Vaughn as two fellow boxers who involve themselves in criminal activity in Made (2001). Both he and Vaughn produced. He also directed the highly popular Will Ferrell comedy Elf (2003), in which he had a small part.Jon went on to re-team favorably with his friend, Vince Vaughn, who enjoyed a meteoric rise into the comedy star ranks, in such light-weight features as The Break-Up (2006), Four Christmases (2008) and Couples Retreat (2009), the last of which he co-wrote with Vaughn.Jon has made even greater strides as a writer, producer and/or director in recent years with the exciting mega-box office action-packed Iron Man (2008), starring Robert Downey Jr., and its sequels, Iron Man 2 (2010) and Iron Man 3 (2013). Jon's character of "Happy Hogan" would be featured in a number of Marvel Comic adventures. Other offerings behind the scenes have included the adventure dramedy Chef (2014), in which he also starred in the title role; the revamped film version of The Avengers (2012) also starring Downey Jr., and it's sequels Avengers: Age of Ultron (2015), Avengers: Infinity War (2018) and Avengers: Endgame (2019); and the animated Disney features The Jungle Book (2016) and The Lion King (2019) and the TV series The Chef Show (2019).Favreau's marriage to Joya Tillem on November 24, 2000, produced son Max and two daughters, Madeleine and Brighton Rose. Joya is the niece of KGO (AM) lawyer and talk show host, Len Tillem. On the sly, the actor/writer/producer/director enjoys playing on the World Poker Tour.