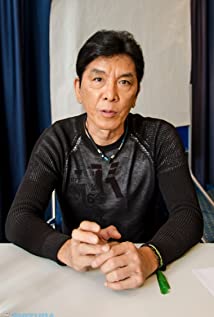 Joji Nakata was born in Tokyo, Japan on April 22, 1954. He is a well-known Japanese voice actor. He attended Gakuen College of Drama and Music, where he starred in various projects. Later, he started voice acting, after Michiko Nomura personally recommended him, and since the beginning of the 90s, he has been doing very extensive voice work. He is affiliated with Osawa Office, and is best known as the voices of Giroro (Sgt. Frog), Amshel Goldsmith (Blood+), Folken Fanel (Escaflowne), the Count of Monte Cristo (Gankutsuou), Alucard (Hellsing and Hellsing Ultimate), Kirei Kotomine (Fate/stay night and Fate/Zero) and Diethard Reid (Code Geass).

Code Geass: Lelouch of the Rebellion Episode I

Black Butler: Book of the Atlantic

Land of the Lustrous

Hai to Gensou no Grimgar