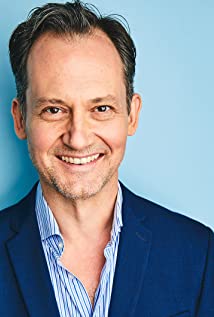 Johnny Sneed is an actor, musician, and photographer based in Los Angeles, California, with a repertoire of film, television and commercial work that has seen him starring alongside award winners such as Bryan Cranston, Paul Dano, Helen Mirren, Janelle Monáe, and Amy Poehler, just to name a few. He's had numerous television guest appearances, including a recurring role on NBC's Emmy-nominated sitcom "Parks and Recreation," the popular Netflix series "13 Reasons Why" and, most recently, season two of Amazon's psychological thriller "Homecoming." In 2014 he landed a pivotal career opportunity-as an actor and drummer-to portray Hal Blaine, session drummer and member of the legendary Wrecking Crew, in the biographical drama film Love & Mercy. The following year, he landed a role in another biographical drama, Trumbo, starring Bryan Cranston, who earned an Oscar nomination for his role.In his commercial work, Sneed has appeared in over 50 ads, including spots for Hyundai, AT&T, Subaru, Progressive, Kayak and Volkswagen, and recently appeared in Super Bowl commercials for Cadillac (which also featured Winona Ryder), Little Caesars (alongside Rainn Wilson) and Budweiser (as the famous "Bud Knight").Born in Japan and raised in Gulfport, Mississippi, Sneed was raised in a family of artists. He grew up watching his insurance executive father, John, perform in theatre productions at Center Stage in Biloxi, and even acted alongside his father in the production of The Lady from Maxim's. Sneed's mother, Patti, plays piano, sings and paints. However, the individual from whom Johnny Sneed drew the most inspiration was his late sister, Lori. Though she was paralyzed from 1996 until her untimely passing in 2017, she lived a full life, working for years at CNN while studying and performing stand-up and improv comedy in classes in Atlanta. She was also a gifted painter, and widely acclaimed for her talented impersonations.In addition to acting, Sneed plays drums with several bands in Los Angeles. As a fan of the great drummer, Levon Helm, he once recorded an album at Helm's studio in Woodstock, New York. A graduate of the University of Texas at Austin, Sneed also holds a degree from the University of Mississippi School of Law and worked as a lawyer before developing a career in acting. He currently lives in Los Feliz with his wife, Cristina, their son and two cats.

Petals on the Wind

The Trials of Cate McCall