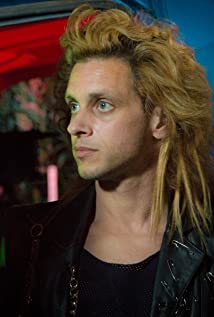 Johnny Bilson was born on May 12, 1976. He is known for his work on Fall of Grayskull (Short), The Lost (2021), and Net Raiders the Movie (2016). He began working in film and television in 1999, and because much of his work was in independent productions, he has been able to work nearly every job behind and in front of the camera. He began studying various Martial Arts in 1990, and has three black belts, one in Kenpo, one in Hapkido, and a fourth degree black belt in Kenjudo Chuan Fa. He has also studied Wing Chun, and White Eyebrow Kung Fu (the style created by Pai Mei, whose fictionalized version in 'Kill Bill' strangely teaches Five Animal Kung Fu rather than his notoriously deadly style), and a handful of others. This experience and his 1996 certification from the United Stuntmen's Association, have led to Johnny being Stunt Coordinator and Fight Choreographer on various films. His Directorial debut ('The Lost (Short) (2021 [II]') earned him a Best Director (Short) nomination in the 2021 Azure Lorica's Fan Film Awards. This short fan film was made as a proof-of-concept for his proposed spiritual cousin to 'The Lost Boys,' titled 'The Lost Girls.'