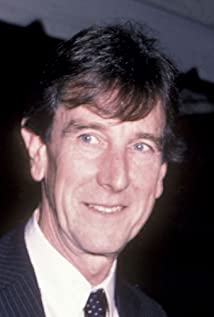 Studied law at Jesus College, Oxford, but became president of OUDS by his final year, when he played the lead in "Richard III" to wide critical acclaim. Subsequently joined the Old Vic, where among other roles he played "the Dauphin" to Richard Burton's "Henry V". Left the Old Vic under less than happy circumstances and had even less luck with the Royal Court. Spent some time in France, where he briefly considered remaining, but returned to the UK and spent some seven years working in television and low-paying quickie films. In 1966, played one of the leads in Tom Stoppard's teleplay Thirty-Minute Theatre: Teeth (1967) -- an instant artistic rapport was the result, as was a second Stoppard role in Thirty-Minute Theatre: Another Moon Called Earth (1967), a sort of proto-Jumpers. Critical and commercial break came with the role of "Guil" in the NYC run of Rosencrantz & Guildenstern Are Dead, for which he received a Tony nomination. Back in the UK, won Most Promising Actor award in 1970 for his role in the Harold Pinter production of James Joyce's "Exiles". Invited to join the RSC, he began a series of highly individual Shakespearean roles, as well as more popularly-based efforts. His "Sherlock Holmes" in 1974 was reprised in NYC, resulting in a second Tony nomination. The following year, the New York run of Stoppard's "Travesties" -- in which he starred as "Henry Carr" -- gave him the Tony for Best Actor. Additional theatre work in America: "Tartuffe", "Deathtrap" and "Amadeus". UK theatre work included "Devil's Disciple", "Every Good Boy Deserves Favour", "Undiscovered Country", "Man Who Came To Dinner", title role in "Richard III", "Prospero" in "Tempest", "Lear" in "King Lear" and, of course, "A.E. Housman" in Stoppard's "Invention of Love" in 1997, for which he received an Laurence Olivier Award nomination. Married twice, four children.