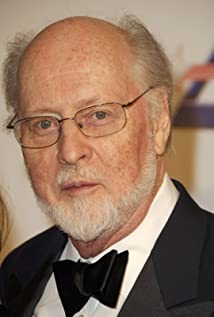 As one of the best known, awarded, and financially successful composers in US history, John Williams is as easy to recall as John Philip Sousa, Aaron Copland or Leonard Bernstein, illustrating why he is "America's composer" time and again. With a massive list of awards that includes over 52 Oscar nominations (five wins), twenty-odd Gold and Platinum Records, and a slew of Emmy (two wins), Golden Globe (three wins), Grammy (25 wins), National Board of Review (including a Career Achievement Award), Saturn (six wins), American Film Institute (including a Lifetime Achievement Award) and BAFTA (seven wins) citations, along with honorary doctorate degrees numbering in the teens, Williams is undoubtedly one of the most respected composers for Cinema. He's led countless national and international orchestras, most notably as the nineteenth conductor of the Boston Pops Orchestra from 1980-1993, helming three Pops tours of the US and Japan during his tenure. He currently serves as the Pop's Conductor Laureate. Also to his credit is a parallel career as an author of serious, and some not-so-serious, concert works - performed by the likes of Mstislav Rostropovich, André Previn, Itzhak Perlman, Yo-Yo Ma, Gil Shaham, Leonard Slatkin, James Ingram, Dale Clevenger, and Joshua Bell. Of particular interests are his Essay for Strings, a jazzy Prelude & Fugue, the multimedia presentation American Journey (aka The Unfinished Journey (1999)), a Sinfonietta for Winds, a song cycle featuring poems by Rita Dove, concerti for flute, violin, clarinet, trumpet, tuba, cello, bassoon and horn, fanfares for the 1984, 1988 and 1996 Summer Olympics, the 2002 Winter Olympics, and a song co-written with Alan Bergman and Marilyn Bergman for the Special Olympics! But such a list probably warrants a more detailed background...Born in Flushing, New York on February 8, 1932, John Towner Williams discovered music almost immediately, due in no small measure to being the son of a percussionist for CBS Radio and the Raymond Scott Quintet. After moving to Los Angeles in 1948, the young pianist and leader of his own jazz band started experimenting with arranging tunes; at age 15, he determined he was going to become a concert pianist; at 19, he premiered his first original composition, a piano sonata.He attended both UCLA and the Los Angeles City College, studying orchestration under MGM musical associate Robert Van Eps and being privately tutored by composer Mario Castelnuovo-Tedesco, until conducting for the first time during three years with the U.S. Air Force. His return to the states brought him to Julliard, where renowned piano pedagogue Madame Rosina Lhevinne helped Williams hone his performance skills. He played in jazz clubs to pay his way; still, she encouraged him to focus on composing. So it was back to L.A., with the future maestro ready to break into the Hollywood scene.Williams found work with the Hollywood studios as a piano player, eventually accompanying such fare such as the TV series Peter Gunn (1958), South Pacific (1958), Some Like It Hot (1959), The Apartment (1960), and To Kill a Mockingbird (1962), as well as forming a surprising friendship with Bernard Herrmann. At age 24, "Johnny Williams" became a staff arranger at Columbia and then at 20th Century-Fox, orchestrating for Alfred Newman and Lionel Newman, Dimitri Tiomkin, Franz Waxman, and other Golden Age notables. In the field of popular music, he performed and arranged for the likes of Vic Damone, Doris Day, and Mahalia Jackson... all while courting actress/singer Barbara Ruick, who became his wife until her death in 1974. John & Barbara had three children; their daughter is now a doctor, and their two sons, Joseph Williams and Mark Towner Williams, are rock musicians.The orchestrating gigs led to serious composing jobs for television, notably Alcoa Premiere (1961), Checkmate (1960), Gilligan's Island (1964), Lost in Space (1965), Land of the Giants (1968), and his Emmy-winning scores for Heidi (1968) and Jane Eyre (1970). Daddy-O (1958) and Because They're Young (1960) brought his original music to the big theatres, but he was soon typecast doing comedies. His efforts in the genre helped guarantee his work on William Wyler's How to Steal a Million (1966), however, a major picture that immediately led to larger projects. Of course, his arrangements continued to garner attention, and he won his first Oscar for adapting Fiddler on the Roof (1971).During the '70s, he was King of Disaster Scores with The Poseidon Adventure (1972), Earthquake (1974) and The Towering Inferno (1974). His psychological score for Images (1972) remains one of the most innovative works in soundtrack history. But his Americana - particularly The Reivers (1969) - is what caught the ear of director Steven Spielberg, then preparing for his first feature, The Sugarland Express (1974). When Spielberg reunited with Williams on Jaws (1975), they established themselves as a blockbuster team, the composer gained