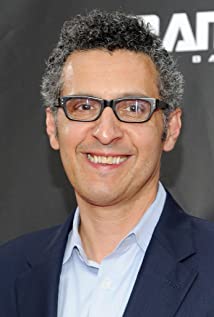 Highly talented, lightly built American actor who always looks unsettled and jumpy has become a favourite of cult/arthouse film aficionados with his compelling performances in a broad range of cinematic vehicles.Turturro was born in Brooklyn, New York, to Italian-American parents, Katherine (Incerella), a jazz singer, and Nicholas Turturro, a construction worker and carpenter, who was born in Giovinazzo. His brother, also named Nicholas Turturro, is an actor, and actress Aida Turturro is his cousin.Turturro has become a regular in the thought provoking films of Spike Lee and the off the wall comedies of Joel Coen & Ethan Coen. His wonderful performances include as the highly agitated "Pino" in Do the Right Thing (1989), as an intellectual playwright in Barton Fink (1991), a pedophile tenpin bowler in The Big Lebowski (1998), a confused boyfriend in Jungle Fever (1991) and as the voice of Harvey the dog in Summer of Sam (1999).Turturro has continued to appeal to audiences despite his unconventional looks and the often annoying onscreen mannerisms of his characters which he used to great effect in films such as his blue collar tale of warring brothers in the construction business, Mac (1992), as the irate, dumped game show contestant, Herbie Stempel, in Robert Redford's dynamic Quiz Show (1994). One of modern American cinema's gems of acting, Turturro remains in strong demand for his high calibre thespian talents.