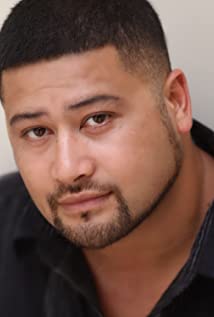 John Tui was born on June 11, 1975 in Auckland, New Zealand.John played the role of Bones in an episode of "Mataku", before his breakout role in the hit children's television series, "Power Rangers S.P.D." as Commander Anubis 'Doggie' Cruger, the S.P.D. Shadow Ranger. This was a notable role for John, as he was the only actor in the series to play both the voice actor and the suit actor of Doggie Cruger. In the next season of Power Rangers, "Power Rangers Mystic Force", John returned to the franchise to play Daggeron, the Solaris Knight. John is the only actor to portray the role of two different mentors that were also Power Rangers. This was possible for the series, since his role as Daggeron was portrayed as a human, and not a voice, nor suit actor (aside from the normal ADR process for his character).After his time on Power Rangers, John moved on to the hit New Zealand soap Opera series "Shortland Street", as the character: Colin 'Dollar' Laws. He also portrayed the character of Wellness Attendent #1 in the series "This is Not My Life", and Timbo in the television series "Go Girls." Tui struck gold yet again, portraying the character Chief Petty Officer Walter 'The Beast' Lynch.Since then, John's career only went up, as he was offered the role of Bolg in the beloved film franchise "The Hobbit: The Battle of Five Armies," to which he also played the suit actor for, giving much credit to his experience as Doggie Cruger on Power Rangers S.P.D. John has also been a part of other large film franchises, such as the character Korso in "Solo: A Star Wars Story" and Kal Hobbs in "Fast & Furious Presents: Hobbs & Shaw." Most recently, John has had roles in New Zealand films, such as Moses in the movie "Savages", Baron To'a in "The Legend of Baron To'a" and Wade in the comedy film, "Paper Champions."In what could be John's biggest role yet, he has been cast in the upcoming 2021 television series, "Young Rock", telling the story of Dwayne 'The Rock' Johnson's youth and being raised around his professional wrestling family. When he's not filming, John enjoys spending time with his wife, Liyah, and their four children.

The Legend of Baron To'a

This Is Not My Life