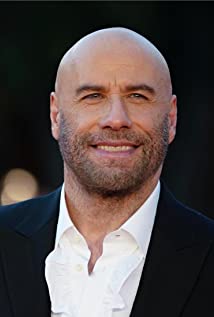 John Joseph Travolta was born in Englewood, New Jersey, one of six children of Helen Travolta (née Helen Cecilia Burke) and Salvatore/Samuel J. Travolta. His father was of Italian descent and his mother was of Irish ancestry. His father owned a tire repair shop called Travolta Tires in Hillsdale, NJ. Travolta started acting appearing in a local production of "Who'll Save the Plowboy?". His mother, herself an actress and dancer, enrolled him in a drama school in New York, where he studied voice, dancing and acting. He decided to combine all three of these skills and become a musical comedy performer. At 16 he landed his first professional job in a summer stock production of the musical "Bye Bye Birdie". He quit school at 16 and moved to New York, and worked regularly in summer stock and on television commercials. When work became scarce in New York, he went to Hollywood and appeared in minor roles in several series. A role in the national touring company of the hit 1950s musical "Grease" brought him back to New York. An opening in the New York production of "Grease" gave him his first Broadway role at age 18. After "Grease", he became a member of the company of the Broadway show "Over Here", which starred The Andrews Sisters. After ten months in "Over Here", he decided to try Hollywood once again. Once back in Hollywood, he had little trouble getting roles in numerous television shows. He was seen on The Rookies (1972), Emergency! (1972) and Medical Center (1969) and also made a movie, The Devil's Rain (1975), which was shot in New Mexico. The day he returned to Hollywood from New Mexico, he was called to an audition for a new situation comedy series ABC was planning to produce called Welcome Back, Kotter (1975). He got the part of Vinnie Barbarino and the series went on the air during the 1975 fall season.He starred in a number of monumental films, earning his first Oscar and Golden Globe nominations for his role in the blockbuster Saturday Night Fever (1977), which launched the disco phenomenon in the 1970s. He went on to star in the big-screen version of the long-running musical Grease (1978) and the wildly successful Urban Cowboy (1980), which also influenced trends in popular culture. Additional film credits include the Brian De Palma thrillers Carrie (1976) and Blow Out (1981), as well as Amy Heckerling's hit comedy Look Who's Talking (1989) and Nora Ephron's comic hit Michael (1996). Travolta starred in Phenomenon (1996) and took an equally distinctive turn as an action star in John Woo's top-grossing Broken Arrow (1996). He also starred in the classic Face/Off (1997) opposite Nicolas Cage, and The General's Daughter (1999), co-starring Madeleine Stowe. In 2005, Travolta reprised the role of ultra cool Chili Palmer in the Get Shorty (1995) sequel Be Cool (2005). In addition, he starred opposite Scarlett Johansson in the critically-acclaimed independent feature film A Love Song for Bobby Long (2004), which was screened at the Venice Film Festival, where both Travolta and the films won rave reviews. In February 2011, John was honored by Europe's leading weekly program magazine HORZU, with the prestigious Golden Camera Award for "Best Actor International" in Berlin, Germany. Other recent feature film credits include box-office hit-comedy "Wild Hogs", the action-thriller Ladder 49 (2004), the movie version of the successful comic book The Punisher (2004), the drama Basic (2003), the psychological thriller Domestic Disturbance (2001), the hit action picture Swordfish (2001), the infamous sci-fi movie Battlefield Earth (2000), based upon the best-selling novel by L. Ron Hubbard, and Lonely Hearts (2006).Travolta has been honored twice with Academy Award nominations, the latest for his riveting portrayal of a philosophical hit-man in Quentin Tarantino's Pulp Fiction (1994). He also received BAFTA and Golden Globe nominations for this highly-acclaimed role and was named Best Actor by the Los Angeles Film Critics Association, among other distinguished awards. Travolta garnered further praise as a Mafioso-turned-movie producer in the comedy sensation Get Shorty (1995), winning the Golden Globe Award for Best Actor in a Motion Picture, Musical or Comedy. In 1998, Travolta was honored by the British Academy of Film and Television Arts with the Britanna Award: and in that same year he received the Lifetime Achievement Award at the Chicago Film Festival. Travolta also won the prestigious Alan J. Pakula Award from the US Broadcast Critics Association for his performance in A Civil Action (1998), based on the best-selling book and directed by Steven Zaillian. He was nominated again for a Golden Globe for his performance in Primary Colors (1998), directed by Mike Nichols and co-starring Emma Thompson and Billy Bob Thornton, and in 2008, he received his sixth Golden Globe nomination for his role as "Edna Turnblad" in the big-screen, box-office hit, Hairspray (2007). As a result of this performance, the Chicago Film Cri