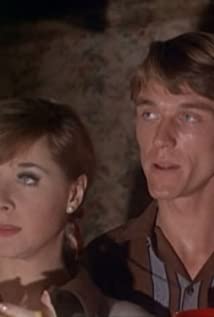 This tall, blond, thin British character actor portrayed some of the most memorable villains of Italian cinema during the 1970s and 1980s. Born in Cheshire county England in 1941, Steiner got his start in films after school with small parts in British productions. Among them was 'The Persecution and Assassination of Jean-Paul Marat as Performed by the Inmates of the Asylum of Charenton Under the Direction of the Marquis de Sade' (1966), Bedazzled (1967), and Work is a 4-Letter Word (1968).His big break came in portraying the sly-eyed, manipulative property tycoon Beauty Smith in Lucio Fulci's _Zanna Bianca (1972)_ (White Fang) in 1973, a role he re prised in the sequel, Challenge to White Fang (1974) (Challenge to White Fang) in 1974. Steiner worked for Fulci again in playing the comical vampire Count Dragalescu in Dracula in the Provinces (1975), in which he was both horrifying and hilarious as a homosexual Count Dracula vamp.Steiner continued working in Italy through the 1970s, dabbling in some of the country's most controversial entertainments. He demonstrated an entirely un-British willingness to embrace the wild side of acting life by accepting a role as a Nazi officer in Rino Di Silvestro's Deported Women of the SS Special Section (1976). This set the sage for a series of roles as Nazi prison camp officers filmed in West Germany. Steiner made a similar themed role in Tinto Brass' Salon Kitty (1976) and later signed up for a role in Caligula (1979), in which he was a standout, playing the balding, gauntly hideous-looking treasurer and financial advisor, Longinus, to the mad Roman Emperor Caligula (played by 'Malcom McDowell' ). After a commendable performance in Paolo Cavara's 1976 thriller 'Plot of Fear', came 'Schock', the last theatrical film directed by Mario Bava. Steiner's rare starring role in Shock (1977) was a nice change of pace for him as he played a sympathetic airline pilot and family man appearing alongside Daria Nicolodi. After that, he went back to tall and menacing looking villainous roles one of which occurred when Dario Argento hired him to appear as the eccentric Italian film journalist Christiano Berti in Tenebrae (1982) which remains Steiner's most celebrated film credit in which he meets with a most memorable end with an ax to his head midway through.As the business of Italian cinema diminished during the 1980s, Steiner's roles in Italian and West German productions were nothing more than brief cameos. One notable role was playing Simon the Magnes in the TV mini-series A.D. (1985). By the early 1990s Steiner had quit the acting industry and moved to Los Angeles, California, USA with his wife and teenage son where he became a successful real estate agent working out of Beverly Hills.

Sinbad of the Seven Seas

Night of the Sharks

The Ark of the Sun God