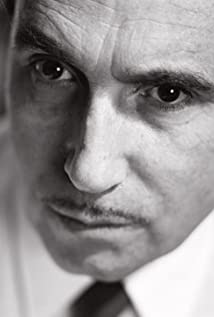 Anyone lucky enough to have seen his work never forgets the incredible richness that John Snyder brings to film. With his uncanny Christopher Lee demeanor, Joe Strummer looks, and James Mason-esque gaze, it is perhaps his haunting and indelible voice that makes his career so legendarily paved.Born in 1952, John holds a BFA from Boston University College of Fine Arts. He has appeared in over sixty plays, films, and television episodes. He has received acting awards from the Los Angeles Drama Critics Circle, LA Weekly, Drama-Logue and The Boston Phoenix. On stage, he appeared in the original Broadway cast of "Bent" and the world premier of Denis Spedaliere's ''Vicious''. His directing credits include stage and video productions of Hybrid Vigor, Scenes from an Interracial Marriage, Finnegans Wake-up Call, and Shaving Orbits, as well as PXL productions of Venus in Flames, and Locals. His essay "Confessions of a Wakefiend: Bibliomantic Readings in Finnegans Wake" was originally presented at the 2001 International James Joyce Conference at the University of California Berkeley.

Guardian of the Sacred Spirit