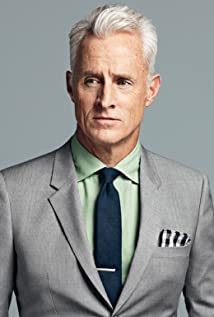 John Slattery was born and raised in Boston, Massachusetts, the son of Joan (Mulhern), a CPA, and John "Jack" Slattery, a leather merchant, both of Irish descent. John landed his first TV gig on the 1988 series The Dirty Dozen (1988) and has worked steadily since then. His television career has included the short-lived series Under Cover (1991), Homefront (1991), Maggie (1998) and Feds (1997); and the mini-series A Woman of Independent Means (1995) with Sally Field and From the Earth to the Moon (1998), in which he played Walter Mondale. By having recurring roles on Will & Grace (1998) as Will's big brother, "Sam"; Judging Amy (1999) as Amy's estranged husband; and Sex and the City (1998) as a very kinky politician, John has become one of the most in-demand character actors. In 2001, he had a role on NBC's comedy-drama Ed (2000), where he played the confident, cool, aloof high school principal "Dennis Martino". This role earned him much notoriety, and made him the subject of debate among Ed (2000) fans. John has also had a long, successful and diverse career in the theater. He made his theater debut in the 1989 play "The Lisbon Traviata", which also starred Nathan Lane. He has had several successful collaborations with the playwright Richard Greenberg and appeared in the author's "The Extra Man", "Night and Her Stars" and "Three Days of Rain", for which he earned critical praise for his dual roles of father and son. In 1993, John made his Broadway debut starring opposite Nathan Lane in Neil Simon's "Laughter on the 23rd Floor". Returning to the theater in 2000, John starred in a revival of Harold Pinter's "Betrayal". Making his feature film debut in 1996, John had a small role in the movie City Hall (1996). He then appeared in the movies Eraser (1996), Where's Marlowe? (1998), Traffic (2000), and the Anthony Hopkins/Chris Rock vehicle Bad Company (2002)_, before finding greater fame as one of the stars of the television series Mad Men (2007).