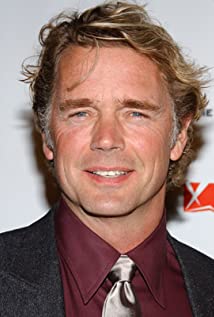 John Richard Schneider IV was born April 8, 1960, in Mt. Kisco, New York, to Shirley and John Richard "Jack" Schneider III, a pilot and U.S. Air Force veteran. His parents divorced when he was two. John began acting at the age of eight. He was in many plays in New York City. He and his mother moved to Atlanta, Georgia, when he was fourteen. He got involved in the local theater and was in many local productions. He had a small part in Smokey and the Bandit (1977) starring Burt Reynolds.His big break came when he won the role of Bo Duke on The Dukes of Hazzard (1979) on CBS from 1979-1985. He auditioned for the role pretending he was a genuine country boy. He had a weeks growth of beard and held a beer can claiming he was from Snellville, Georgia. He later became a very successful country singer and had several hit songs including "I've Been Around Enough To Know" and "Country Girls." He has since opened Faith Works Productions in San Antonio, Texas. He also appears in Dr. Quinn, Medicine Woman (1993) as Daniel Simon/Red McCall.