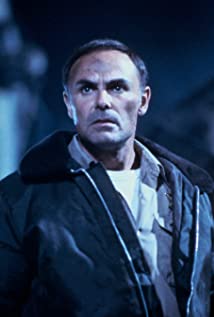 John Saxon appeared in nearly 200 roles in the movies and on television in a more-than half-century-long career that has stretched over seven decades since he made his big screen debut in 1954 in uncredited small roles in It Should Happen to You (1954) and George Cukor's A Star Is Born (1954). Born Carmine Orrico on August 5, 1936 in Brooklyn, New York, the son of Italian-American parents, Antonio Orrico and Anna (née Protettore), he studied acting with Stella Adler after graduating from New Utrecht High School.He was discovered by talent agent Henry Willson, the man most famous for creating and representing Rock Hudson (as well as a stable of "beefcake" male stars and starlets), who signed him up after he saw Saxon's picture on the cover of a magazine. Willson brought the 16-year-old to Southern California, changed his name to John Saxon, and launched his career. Saxon made his television debut on Richard Boone's series Medic (1954) in 1955 and got his first substantial (and credited) role in Running Wild (1955), playing a juvenile delinquent. In the Esther Williams vehicle The Unguarded Moment (1956) (one of her rare dramatic roles), the film's marketing campaign spotlighted him, trumpeting the movie as "Co-starring the exciting new personality John Saxon.".By 1958, he seemed to have established himself as a supporting player in A-List pictures, being featured in Blake Edwards's comedy This Happy Feeling (1958) headlined by Debbie Reynolds and Vincente Minnelli's The Reluctant Debutante (1958) with Rex Harrison and Sandra Dee. In the next five years, he worked steadily, including supporting roles in John Huston's The Unforgiven (1960), the James Stewart comedy Mr. Hobbs Takes a Vacation (1962) and Otto Preminger's The Cardinal (1963) while having first billing in the B-movies Cry Tough (1959) and War Hunt (1962). Fluent in Italian, he made his first pictures in Italy in the period, Agostino (1962) and Mario Bava's The Evil Eye (1963). Despite his good work with major directors, he failed to succeed as a star.By 1965, he was appearing in the likes of Blood Beast from Outer Space (1965), albeit, top-billed. A more emblematic picture was Sidney J. Furie's The Appaloosa (1966), in which he appeared in Mexican bandito drag as the man who steals the horse of Marlon Brando, another Stella Adler student. Saxon would reprise the role, of sorts, in John Sturges Joe Kidd (1972) in support of superstar Clint Eastwood. In those less politically correct times, many an Italian-American with a dark complexion would be relied on to play Mexicans, Native Americans and other "exotic" types like Mongols. Saxon played everything from an Indian chief on Bonanza (1959) to Marco Polo on The Time Tunnel (1966).From 1969 to 1972 season, he was a star of the television series The Bold Ones: The New Doctors (1969), playing the brilliant surgeon Theodore Stuart. When the series ended, he took one of his most famous roles when Bruce Lee demurred over casting Rod Taylor as he was too tall. A black belt in karate, Saxon appeared as Roper in Enter the Dragon (1973). He continued to play a wide variety of roles on television and in motion pictures, with key roles in 1974's classic slasher Black Christmas (1974), 1984's groundbreaking A Nightmare on Elm Street (1984), and the 1990s self-referential horror films New Nightmare (1994) and From Dusk Till Dawn (1996).John Saxon died of pneumonia on July 25, 2020, in Murfreesboro, Tennessee. He was 83.

How Bruce Lee Changed the World

Mario Bava: Maestro of the Macabre