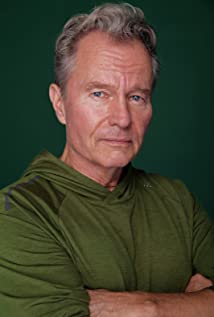 John Savage is an American actor best known for his roles in The Deer Hunter (1978), The Onion Field (1979), Hair (1979), Salvador (1986), The Last Full Measure (2019), In Dubious Battle (2016), and the television shows Goliath (2016), Twin Peaks (2017), and Dark Angel (2000). He was born in Old Bethpage, New York, to Muriel (née Smeallie), a housewife, and Floyd-Jones Youngs, an insurance salesman who served on Guadalcanal during World War II with the Marine Corps. He has two sisters, Robin Young and Gail Youngs, and a brother, Jim Youngs.He trained at the American Academy of Performing Arts before relocating to Los Angeles where he starred in the film Eric (1975) opposite Patricia Neal and Mark Hamill. In the early 1970s, he made his Broadway debut in the chorus of Fiddler on the Roof in which he played one of the sons, after an actor fell sick, opposite Zero Mostel. His performance caught the eye of Robert De Niro and the recognition led to his first major film role in the Academy Award-winning war drama The Deer Hunter (1978). Between 1972 and 1975, he continued to perform on stage, playing Dov Landau in Ari on Broadway, and performing in One Flew Over the Cuckoo's Nest and Dance on a Country Grave in Chicago. He gained widespread recognition for his range and sensitivity during the 1970s.John's breakthrough film role was as Steven Pushkov, the returning Vietnam veteran missing both his legs, in the 1978 film The Deer Hunter (1978) which won the Academy Award for Best Picture in 1979. Acclaimed director Michael Cimino cast him in the role opposite Robert De Niro, Meryl Streep, and Christopher Walken. One of John's most acclaimed roles is in Milos Forman's 1979 film Hair (1979). He played the corn-fed recruit Claude Hooper Bukowski, who turns on, tunes in and drops out. Critics and film historians celebrated his performance both then and now. John Willis' annual publication Screen World hailed him as one of 12 promising new actors of 1979 (Vol. 31). John also played a lead role in the 1979 film adaptation of Joseph Wambaugh's The Onion Field (1979), based on the true story of policeman Karl Hettinger's personal struggle after witnessing the murder of his partner.In the late 1970s, he was cast by Ulu Grosbard in the Broadway production of David Mamet's play American Buffalo, opposite Robert Duvall and Kenneth McMillan, in which he originated the role of Bobby. The play received rave reviews from critics and audiences alike.During the 1980s, John was nominated for a Genie Award for Best Performance by a Foreign Actor for his work as Charles Heller in the crime thriller The Amateur (1981). He also co-starred with Nastassja Kinski in the romance film Maria's Lovers (1984), which was backed by cinema legend Robert Mitchum, and appeared as John Cassady in Oliver Stone's acclaimed historical thriller Salvador (1986), and as suicide survivor Roary in Richard Donner's Inside Moves (1980). In 1989, he collaborated with Academy Award-nominated director Spike Lee for the first time on Do the Right Thing (1989), in which he played the bike-riding gentrifier Clifton.During the 1990s, John played the role of Father Andrew Hagen in Francis Ford Coppola's Academy Award-nominated film The Godfather Part III (1990), starred in Italian director Lucio Fulci's final film Door to Silence (1992), a psychological thriller shot in Louisiana, and appeared in the brief but powerful role of Sgt. McCron in Terrence Malick's 1998 war epic The Thin Red Line (1998). He also portrayed Captain Rudy Ransom in the two-part episode Equinox from the hit television series Star Trek: Voyager (1995) (CBS) in 1999.John gained further recognition in the recurring role of Donald Lydecker in the first and second seasons of the 2000 television series Dark Angel (2000) (Fox), which he followed with the recurring role of Henry Scudder in the Emmy Award-winning television series Carnivàle (2003) (HBO) from 2003-2005. In 2005, he guest starred on Law & Order: Special Victims Unit (1999) (NBC). In 2009, he guest starred in the second season of the television drama Fringe (2008) (Fox).During the 2010s, he starred opposite Kirk Harris and Michael Madsen in Vernon Mortensen's 2013 western thriller The Sorrow, appeared in the 2015 horror film Tales of Halloween (2015), and played a supporting role in the 2016 romantic comedy Hit List (2011). In 2017, he appeared in the thriller film Fake News (2017), war drama The Last Full Measure (2019) and in James Franco's drama In Dubious Battle (2016). He also guest starred on the hit television show Twin Peaks (2017) (Showtime). In 2018, he guest starred on the drama Goliath (2016) (Amazon).He has also worked behind the camera, most notably in production management for the acclaimed Spike Lee film Malcolm X (1992).John has been noted for his work in activism and philanthropy. During the late 1980s, he used his public presence to fight for the anti-apartheid struggle in South Africa, and has continued to work

Empire of the Sharks