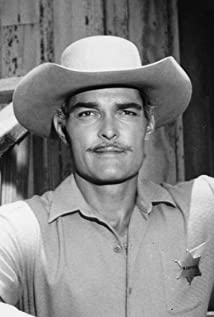 Handsome, rugged American leading man John Russell (whose credits are often confused with those of child actor Johnny Russell) attended the University of California, where he was a student athlete. Serving in the US Marine Corps in WW II, he earned a battlefield commission and decorations for valor at Guadalcanal. His dark good looks brought him to the attention of a talent scout after the war and he began playing second leads and occasional heavies in major productions. In the 1950s, he branched into television and starred in several popular series, most notably Lawman (1958). His appearances were sporadic after the 1960s, though he was a memorable villain in Clint Eastwood's Pale Rider (1985).