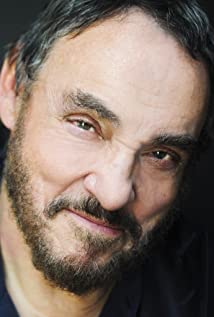 Welsh actor John Rhys-Davies was born in Ammanford, Carmarthenshire, Wales, to Mary Margaretta Phyllis (nee Jones), a nurse, and Rhys Davies, a mechanical engineer and Colonial Officer. He graduated from the University of East Anglia and is probably best known to film audiences for his roles in the blockbuster hits Indiana Jones and the Raiders of the Lost Ark (1981) and Indiana Jones and the Last Crusade (1989). He was introduced to a new generation of fans in the blockbuster trilogy "The Lord of the Rings" (The Lord of the Rings: The Fellowship of the Ring (2001), (The Lord of the Rings: The Two Towers (2002), and (The Lord of the Rings: The Return of the King (2003)) in the role of Gimli the dwarf. He has also had leading roles in Victor Victoria (1982), The Living Daylights (1987) and King Solomon's Mines (1985).Rhys-Davies, who was raised in England, Africa and Wales, credits his early exposure to classic literature for his decision to pursue acting and writing. He later refined his craft at London's Royal Academy of Dramatic Art (of which he is now an Associate Member). His television credits include James Clavell's Shogun (1980) and Noble House (1988), Great Expectations (1989), War and Remembrance (1988) and Archaeology (1991). An avid collector of vintage automobiles, Rhys-Davies has a host of theater roles to his credit, including "The Misanthrope", "Hedda Gabler", and most of Shakespeare's works. He divides his time between Los Angeles and the Isle of Man.

Valley of the Gods