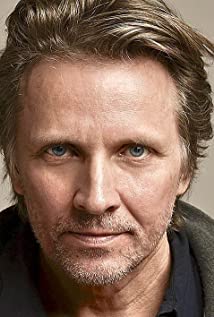 John Ralston is best known for starring in HBO Canada's quietly subversive Living in Your Car (2010) as corporate huckster Steve Unger; foul-mouthed, right-wing news hatchet man Danny McClure in Ken Finkleman's sharply satirical Good God (2012); and as everyone's favorite Dad, George Venturi, on the popular Life with Derek (2005). John starred in the Indie feature South of the Moon (2008) as tortured musician Matt Hawkins, and brought a new twist to iconic villain "Ming the Merciless" on Flash Gordon: A Modern Space Opera (2007). More recently, he appeared as Miles Hollingsworth II on the long-running Degrassi: The Next Generation (2001).John was born in Miramichi, New Brunswick, on October 9, 1957. He is the youngest of the four children of Mary and James (Bill) Ralston. His father was a decorated Second World War and Korean War pilot, who was interned in a German PoW camp from April 1942 until April 1945. After his father retired from the Air Force, John's family settled in Fredericton and spent summers in St. Andrews By-the-Sea. John attended the University of New Brunswick and received a Bachelor of Education degree in Literature and Anthropology. After teaching on a First Nations Mi'kmaq reserve in Nova Scotia, John followed a latent interest in music and enrolled in a Jazz Studies diploma program at St. Francis Xavier University in Antigonish, Nova Scotia. While there, he was introduced to a thriving theatre scene. He soon found himself on stage, and was noticed immediately in productions of Godspell and Othello. Director Maxim Mazumdar invited John to Newfoundland, where he really cut his teeth in repertory and regional theatre. He then continued working across Canada and abroad in every stage genre, from classical to modern and contemporary drama and comedy. Some highlights include The Plough and the Stars and The School for Scandal, directed by Ireland's Joe Dowling; Twelfth Night, directed by Canadian theatre legend William Hutt; and the award-winning Suburban Motel series of plays, written and directed by George F. Walker.After settling in Toronto, John decided to focus more on acting for film and television. He quickly landed the lead role of Jack Berg on CTV's new drama series The City (1999). Since then, John has worked steadily in film and television, compiling an impressive and eclectic list of credits that includes Bomb Girls, Played, The Informant, Flashpoint, The Listener, Nikita, This Is Wonderland, Jeremiah, Beauty and Power (as Frank Sinatra), Demons From Her Past, Turn It Up and The Cradle Will Fall.Recently, John co starred with action - film star Jean Claude Van Damme in the 2015 feature release Pound of Flesh (2015), shot in mainland China. John also completed Syfy's mini series Ascension (2014); the Lifetime mini series The Lizzie Borden Chronicles (2015); as well as the Kim Nguyen indie feature Two Lovers and a Bear (2016). John can next be seen as a regular cast member in the exciting final season of Syfy's supernatural drama Bitten (2014).John is also sought after in the world of narration and documentaries, including Canadian Geographic, Dogs With Jobs, the controversial documentary Beyond The Red Wall: The Persecution Of Falun Gong, and Raw Opium.He is married to actress Karen Waddell. They have two children and live in Toronto.He is represented by Kishwar Iqbal at the Gary Goddard Agency.

Two for the Win