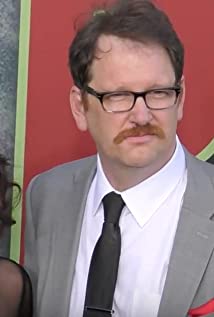 John Pirruccello is the son of an Air Force fighter pilot and a speech pathologist. Both of his grandfathers were Air Force pilots and veterans of WW ll. He was born in San Antonio Texas. After his father, an A-1 Sandy pilot, was shot down in Laos toward the end of the Vietnam War, his mother raised him and his sister in Northern Virginia and then Vermont. He attended Junior High and High School in Bellows Falls. He graduated from The University of Massachusetts at Amherst with a degree in Italian having spent his sophomore year in Siena, Italy. After college he waited tables and delivered pizzas before moving to San Francisco to begin his acting career. There he worked in a coffee shop and drove a taxi cab while he learned improvisation in a weekly drop-in workshop run by Jim Cranna of the Committee. He eventually lead his own weekly improv workshop which he does to this day. It was in San Francisco that John broke into voiceover, lending his voice to a great many television and radio commercials, video games, cartoons, and movies. He also continued with improv, sketch comedy, theater, and the occasional movie and television role. Eventually John moved to Hollywood where he has kept busy working steadily in voiceover, television, film and in theater. He voiced his real son's father both on Thundercats and Two And A Half Men. He has done stand-up all around LA, including at The Improv and The Comedy Store and has performed improv at ACME Comedy Theater. On stage he played Mr. Ralph Johnston in "Harrison Texas" written by Horton Foote and directed by Scott Paulin. The play was attended by Mr. Foote himself and then by Pulitzer Prize winning writer and filmmaker David Mamet who went on to cast him in several roles including PI Nick Stavros in HBO's "Phil Spector" which Mr. Mamet wrote and directed. He then headed back on stage and performed with Clara Mamet as her father in the critically acclaimed world premier of her play "Paris" directed by Paul Sand and played The Therapist in her film "Two Bit Waltz". John continues to work steadily all around the country. He plays Henry in the Blumhouse film Incarnate, Deputy Chad Broxford in Showtime's "Twin Peaks:The Return" and Detective John Loach on HBO's upcoming Bill Hader and Alec Berg dark comedy "Barry". He has two children and lives in Los Angeles, California.